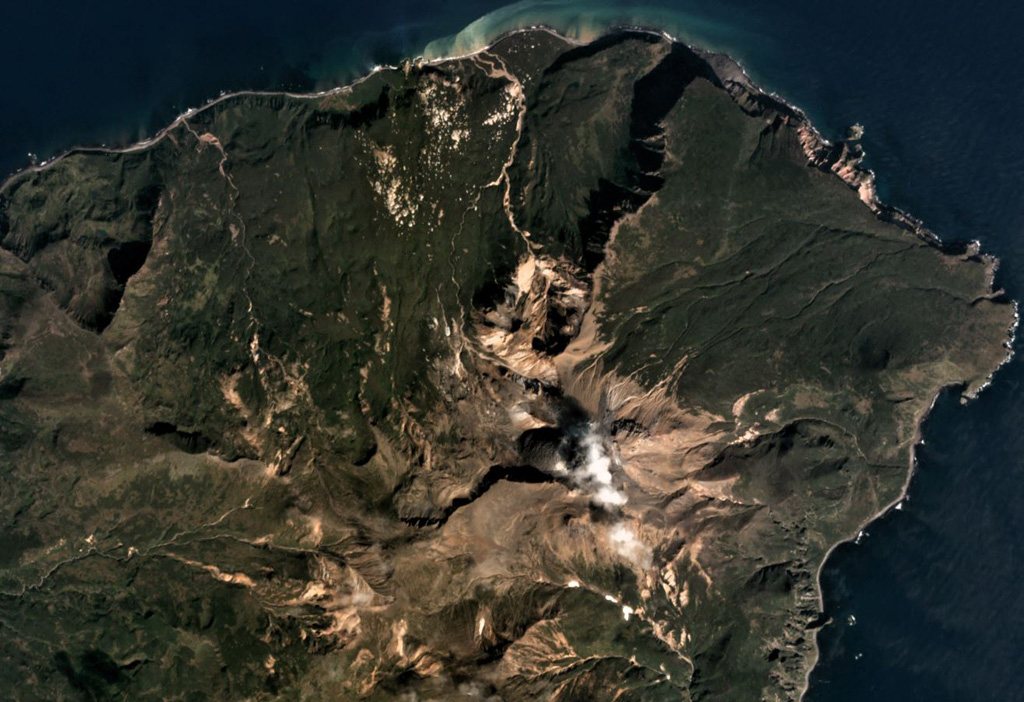 Sinarka is the northernmost of two volcanoes forming Shiashkotan Island, shown in this September 2017 Planet Labs satellite image monthly mosaic (N is at the top; this image is approximately 8 km across). A large part of the NW flank has been removed by landslides and/or explosions, and a wide lava flow has been emplaced within the scarp. A lava dome has filled the summit crater, and another dome has formed 1.5 km SW. The current edifice has filled a previous caldera.