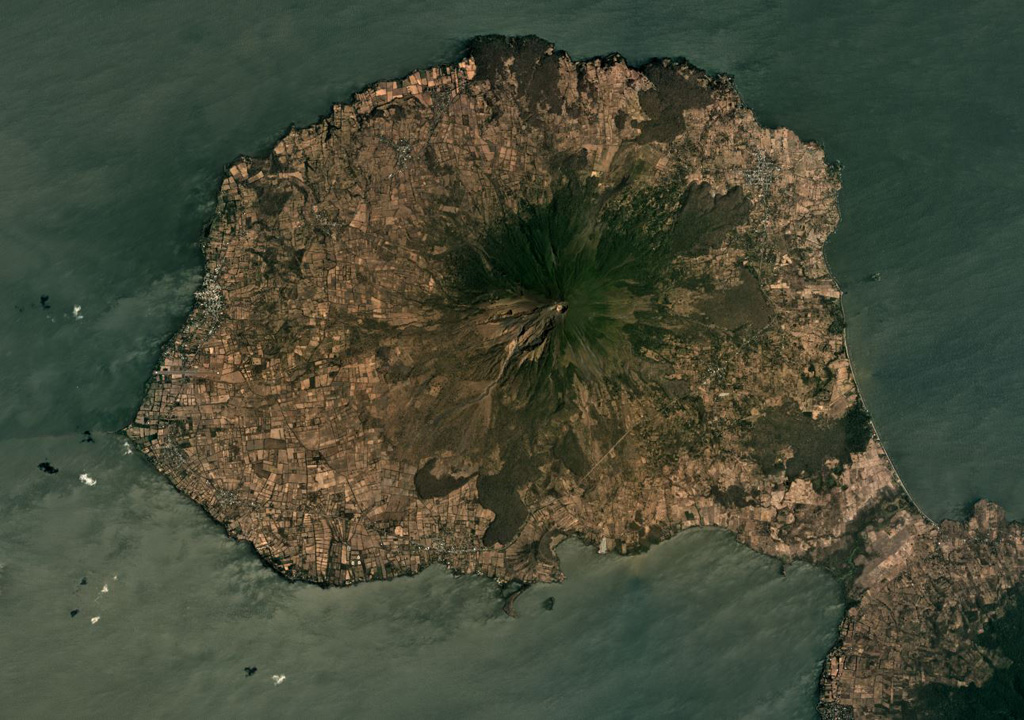 The steep Volcán Concepción forms the center of the northeastern portion of Ometepe Island in Lake Nicaragua, shown in this March 2019 Planet Labs satellite image monthly mosaic (N is at the top; this image is approximately 24 km across). Deformation occurs due to the volcano forming on top of unstable lake sediments of mud and clay. Spatter cones, cinder cones, lava domes, and maars have formed across the flanks. Maderas volcano forms the SE side of the island, out of view here.