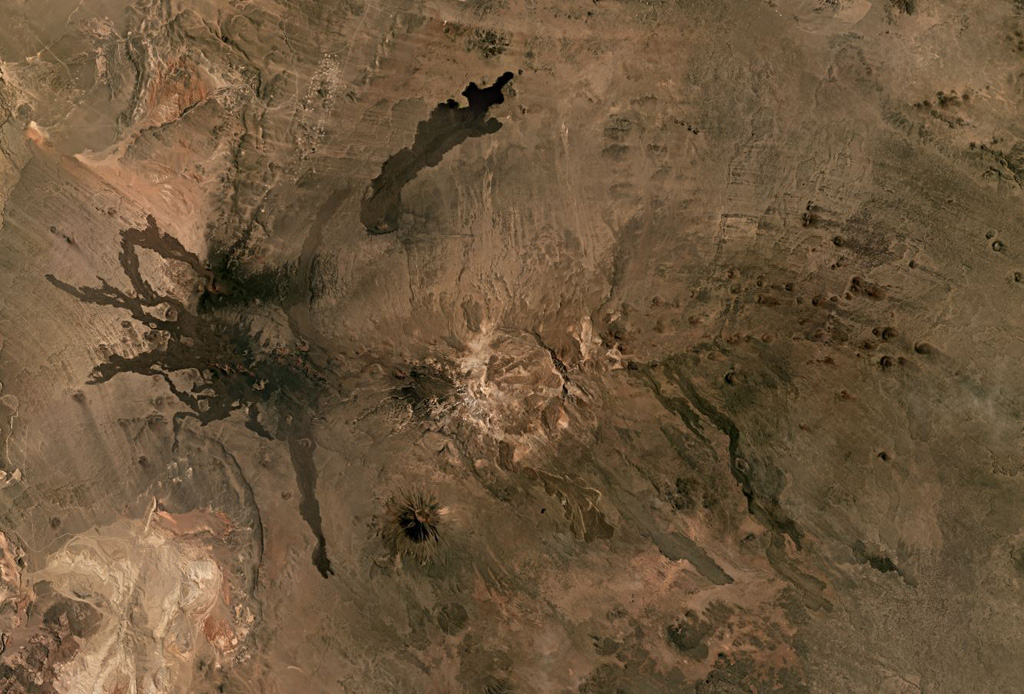 The Cerro Payún Matru volcanic field in Argentina covers 5,200 km2 and contains a roughly 9-10 km diameter caldera in the center of this Planet Labs satellite image monthly mosaic (N is at the top; this image is approximately 81 km across). The caldera is associated with an ignimbrite deposit spanning 2,200 km2, and since its formation 168,000 years ago over 300 vents erupted. There are several larger cones with Cerro Payún reaching the highest elevation SSW of the caldera. The Pampas Negras lavas are to the W, and the Santa Maria lava flow is N of the caldera. 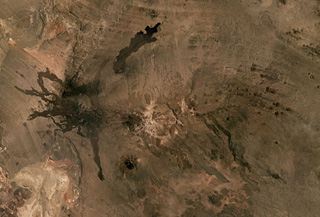