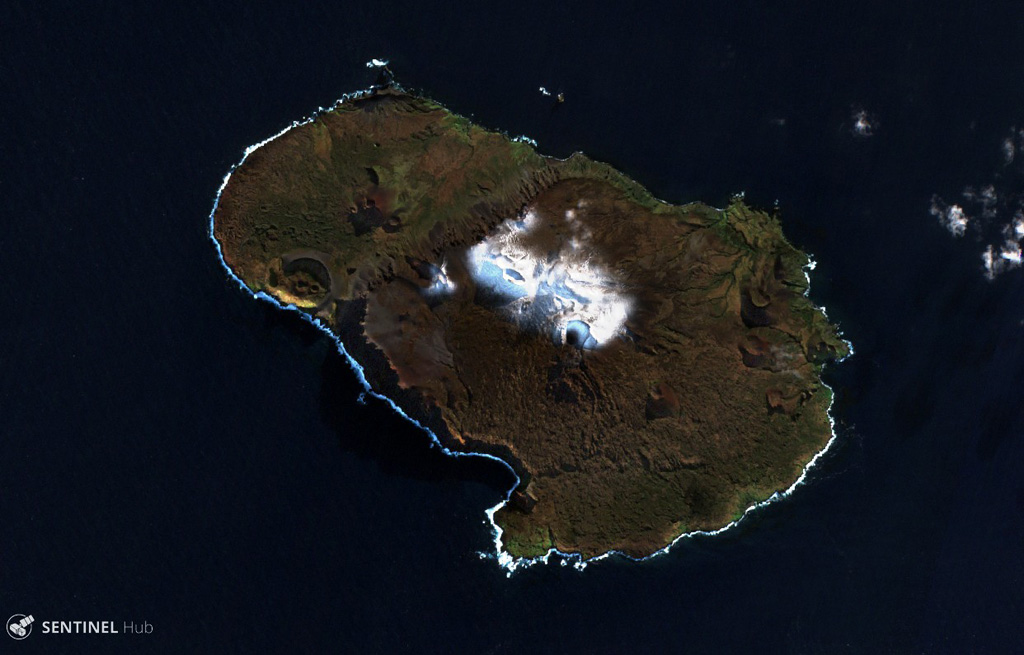 The 10-km-wide Prince Edward Island is around 300 km S of the SW Indian Ocean Ridge and is shown in this 24 May 2019 Sentinel-2 satellite image (N is at the top). Seven tuff cones have been identified and scoria cones have also formed across the island, as well as lava flows. A large portion of the island has been submerged through faulting. 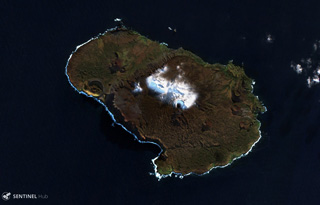