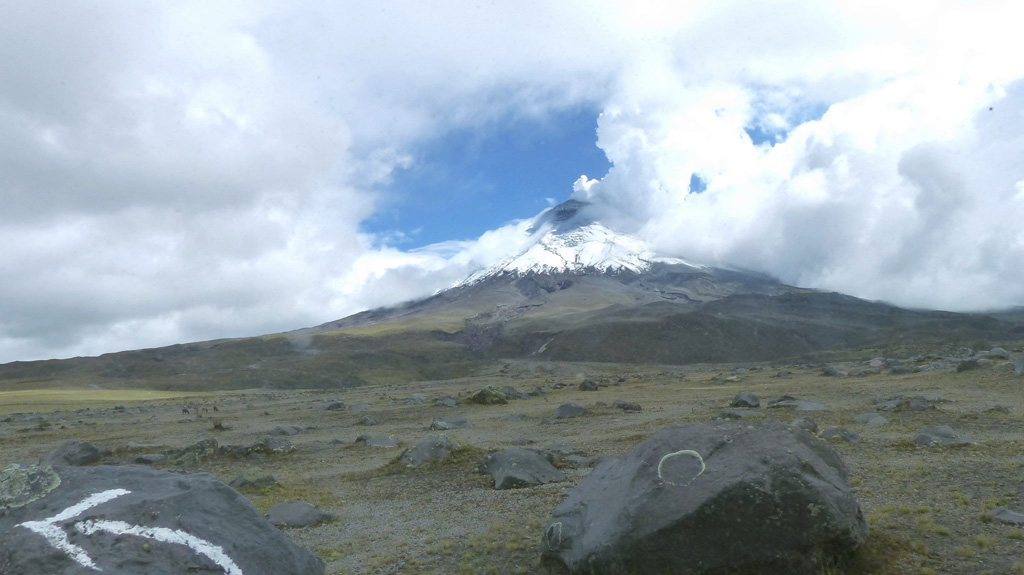 An eruption at Volcán Cotopaxi began on 14 August 2015 with a series of phreatic explosions in the crater, seen here from the N in December 2015 with ash deposits across the summit area. Explosive activity continued throughout August with continuous ash-and-gas emissions that declined towards the end of September 2015. Degassing at the summit produces the plume rises towards the towards the NW.