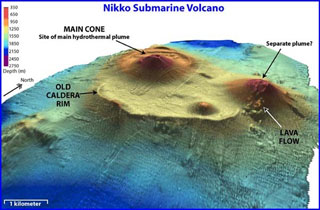 
At Nikko, not previously known to be active, discolored water was seen on 12 July. A JMSA survey vessel recorded a depth of 612 m to Nikko's summit in 1977.