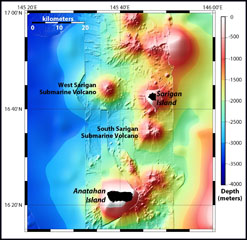 
On 10 June the Volcano Alert Level and the Aviation Color Code for Sarigan was lowered to Unassigned because no further volcanic activity was noted since the submarine eruption from a vent S of the island on 29 May.