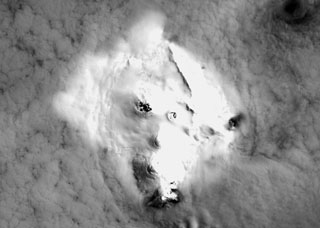 
The Buenos Aires VAAC reported that on 16 June a diffuse ash plume from Bristol Island's Mt. Sourabaya was visible in satellite images rising to an altitude of 1.5 km (5,000 ft) a.s.l. and drifting SE. The report noted low confidence in the plume altitude due to weather clouds in the area.