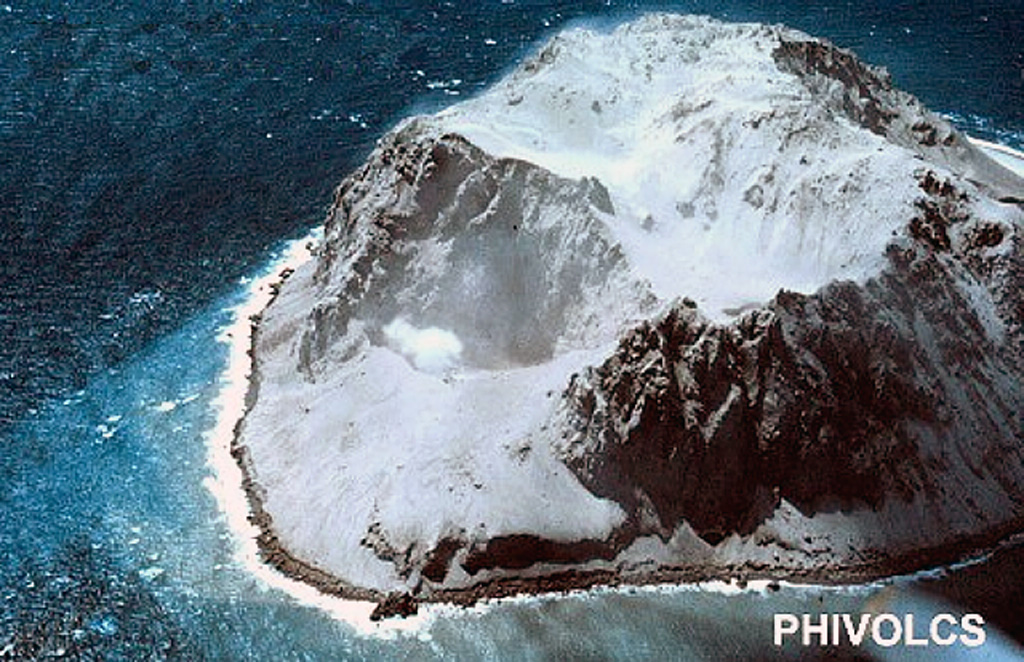 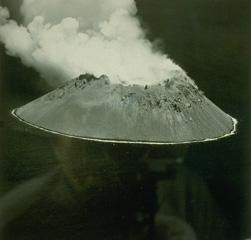 Didicas volcano forms a small, 1.4-km wide island in the Philippines, north of Luzon Island. Prior to 1952, when a lava dome formed, the volcano was submarine. A 5-acre island was first seen on March 16; this June 17 view shows the new steaming lava dome. Submarine eruptions were reported in 1773, during 1856-1860 (when an ephemeral island was formed), and around 1900. 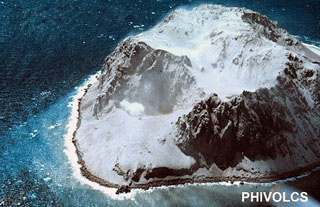 Didicas volcano, 22 km NE of Camiguin Island, was a submarine volcano prior to becoming a permanent island in 1952. The first recorded submarine eruption of Didicas was in 1773. A 400-m-wide crater formed during the 1952 eruption, and two eruptions have occurred since then at a crater on the northern side of the island.