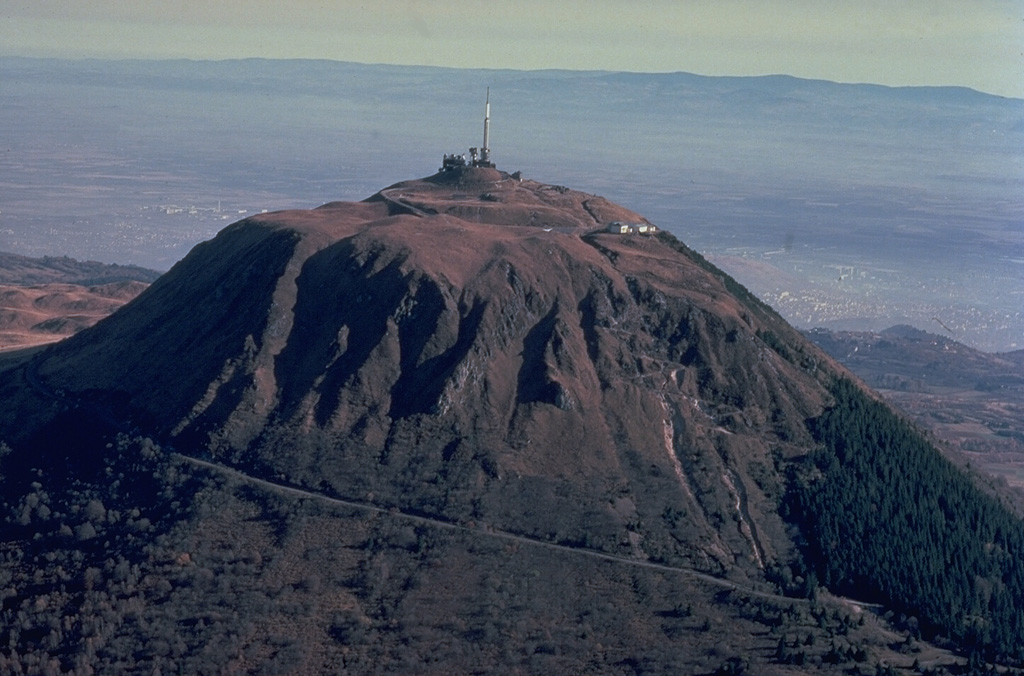 Puy de Dôme (1464 m), the highest peak of the Chaîne des Puys volcanic field, originated during a series of eruptions about 10,000 years ago. Explosive destruction of the eastern side of a massive lava dome, whose western face is seen in this photo, was followed by growth of a second dome. Crumbling of a spine capping the second dome formed the low mound of breccia at the summit of Puy de Dôme, which has been covered by a pyroclastic-flow deposit from nearby Killian volcano.