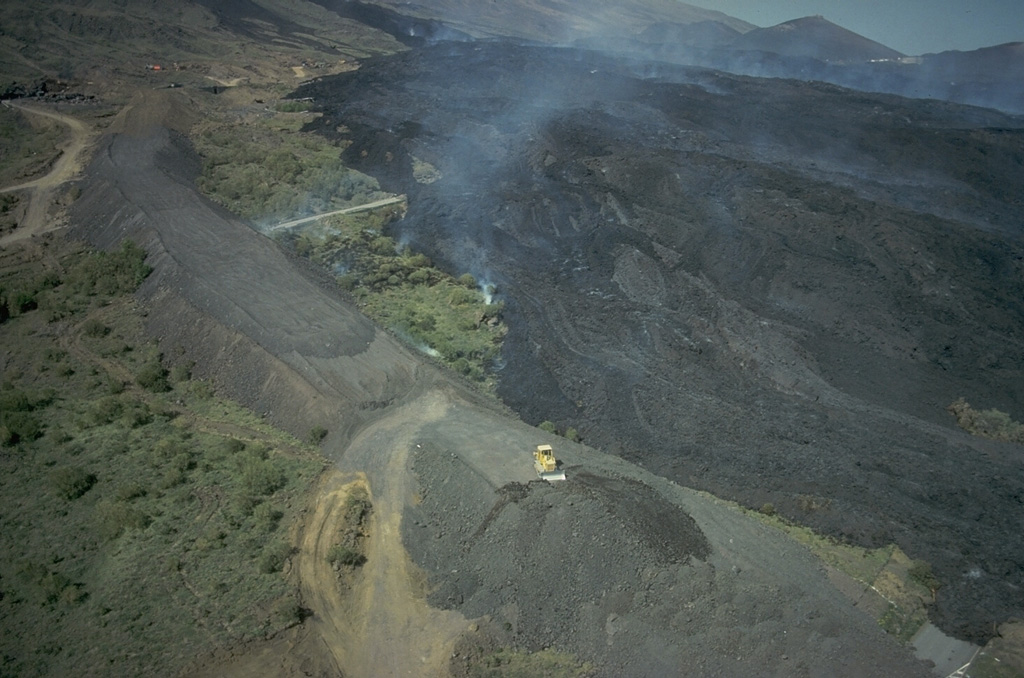 A major S-flank eruption of Etna beginning on 28 March 1983 produced lava flows that damaged tourist facilities. Extensive efforts at lava diversion, such as the gray embankment at the left of this photo, were made to divert the flows from populated areas. The flows eventually descended to 1,080 m altitude and stopped short of several villages.