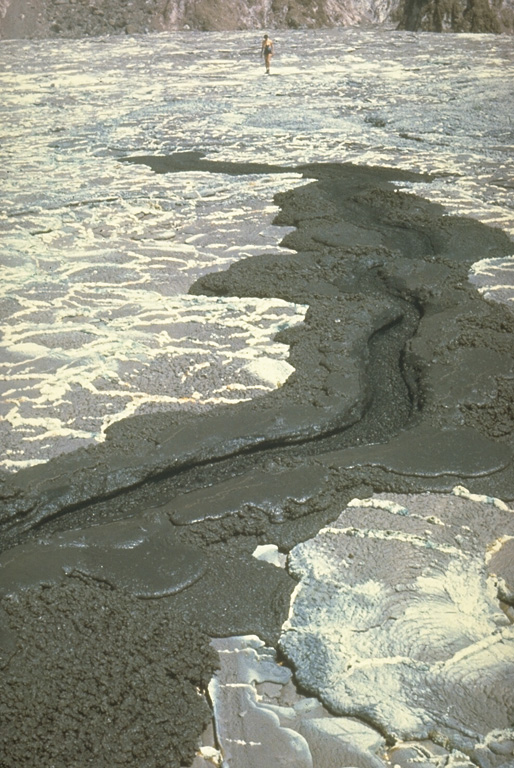 The chemically exotic lavas of Tanzania's Ol Doinyo Lengai volcano have unusually low temperatures and viscosities; it is the only volcano actively erupting carbonatitic (sodium carbonate) lava flows. Its lava flows are only incandescent during nighttime. The flows are usually only a few centimeters thick and travel only a few tens of meters from their source. This 1966 photo shows a small lava flow, only a meter wide, with miniature channels and levees (note the person at the top for scale).