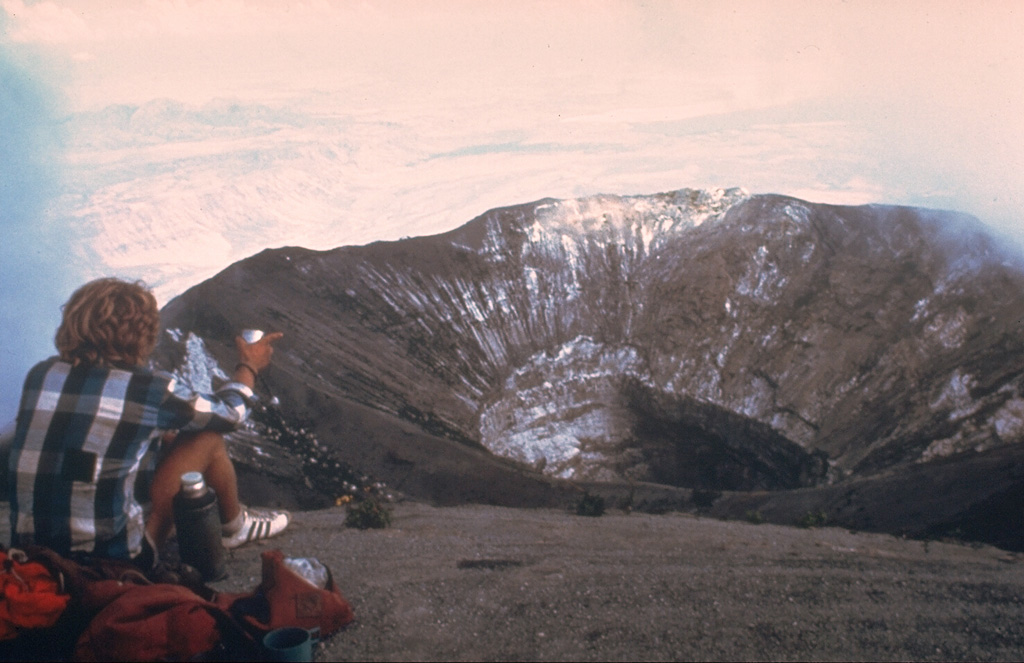 The northern crater of Ol Doinyo Lengai is seen here in February 1980 from the summit. The steep-walled inner crater formed during the explosive eruptions of 1966 and 1967. Another eruption began three years after this photo was taken. By December 1988 the crater filled with lava that had overflowed the near southern crater rim at the lower center of the photo.