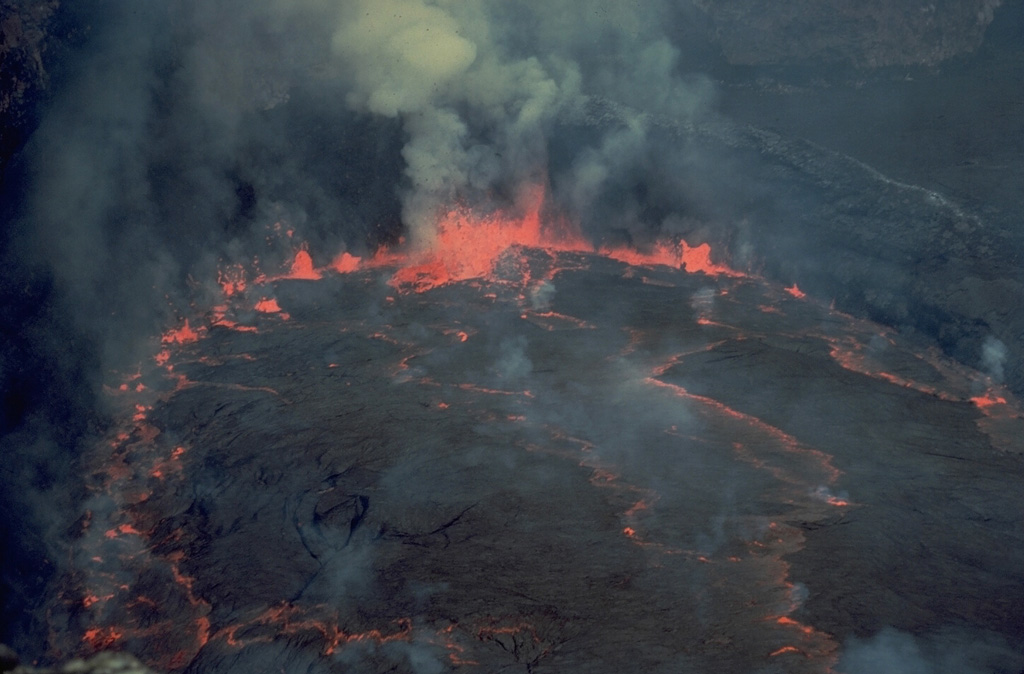 Lava fountains rise along the circular margin of a lava lake in the summit crater of Nyiragongo volcano in June 1973. Incandescence is visible through fractures in cooled slabs of lava on the surface of the convecting lava lake. Nyiragongo is renowned for its long-term lava lakes. A half century of continuous lava-lake activity ended suddenly on January 10, 1977, when the lava lake drained rapidly through flank fissures. Prior to draining, the lava lake rose to an elevation of 3300 m, its highest recorded level, only 170-m below the crater rim.