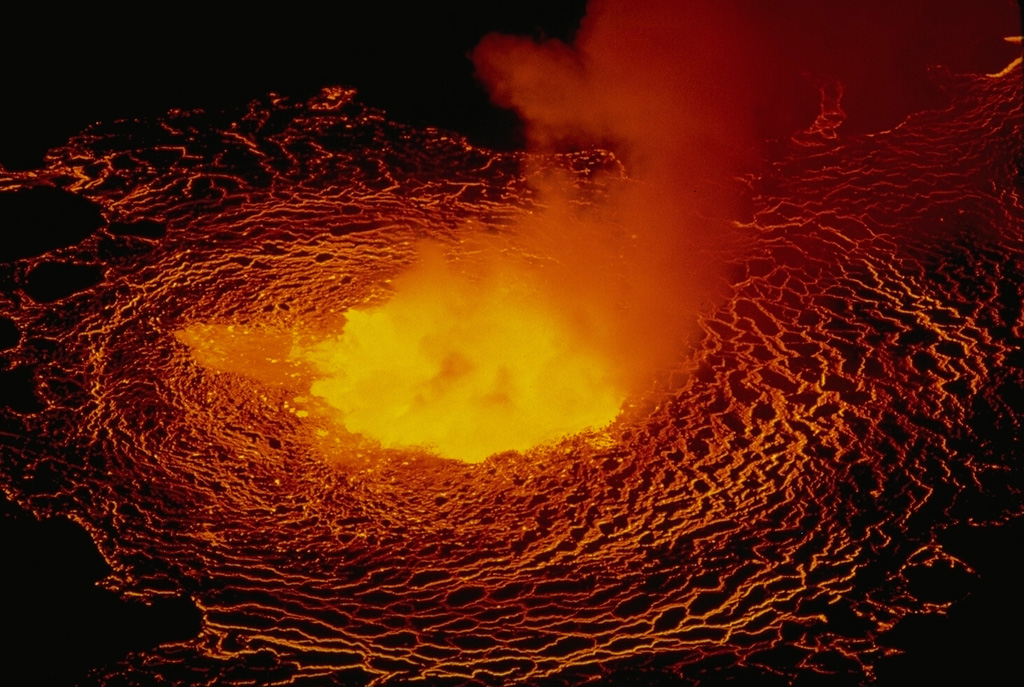 Lava lake activity resumed at the summit crater of Nyiragongo on June 21, 1982, the first eruptive activity since the dramatic draining of the lava lake in 1977. Initial phreatic eruptions were followed by lava flow emission from two vents on the inner crater wall that rapidly formed a lava lake. The lava lake level rose 300 m by July 23 and rose another 100 m by September 15. The lava lake was continuing to expand in October, but no activity was seen at the beginning of November.