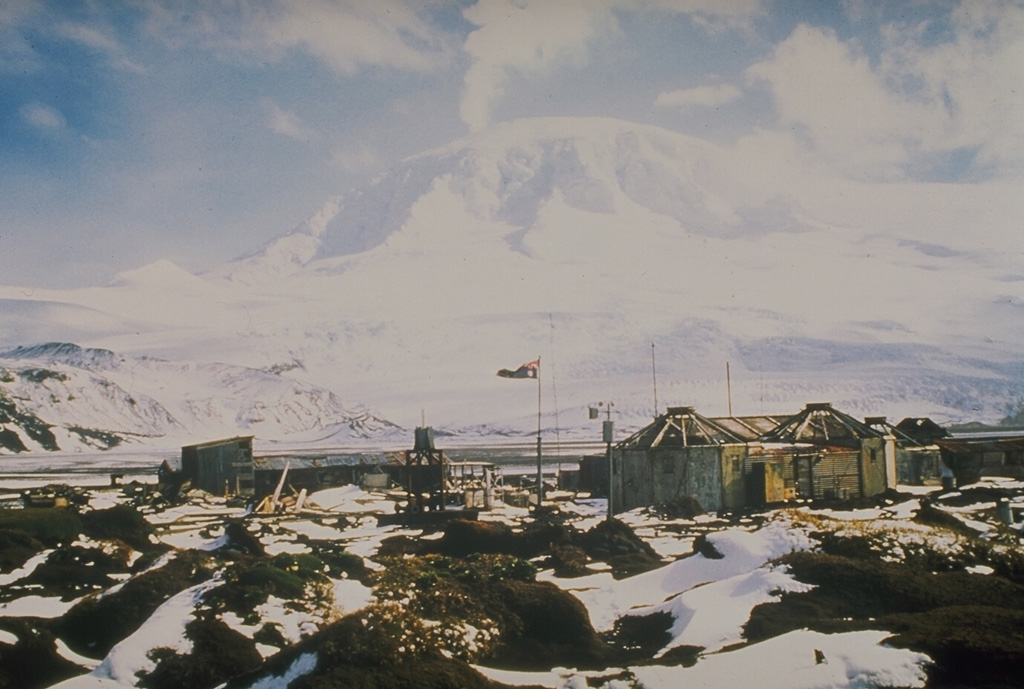 A plume rises in 1985 or 1986 from the summit of Big Ben volcano on Heard Island in the southern Indian Ocean. It is seen here from an abandoned Australian geophysical station at Atlas Cove, NNW of the summit. The historically active Mawson Peak forms the island's high point and lies within a 5-6 km wide caldera breached to the SW side of Big Ben. Small satellite scoria cones are mostly located on the N coast. Several subglacial eruptions have been reported.