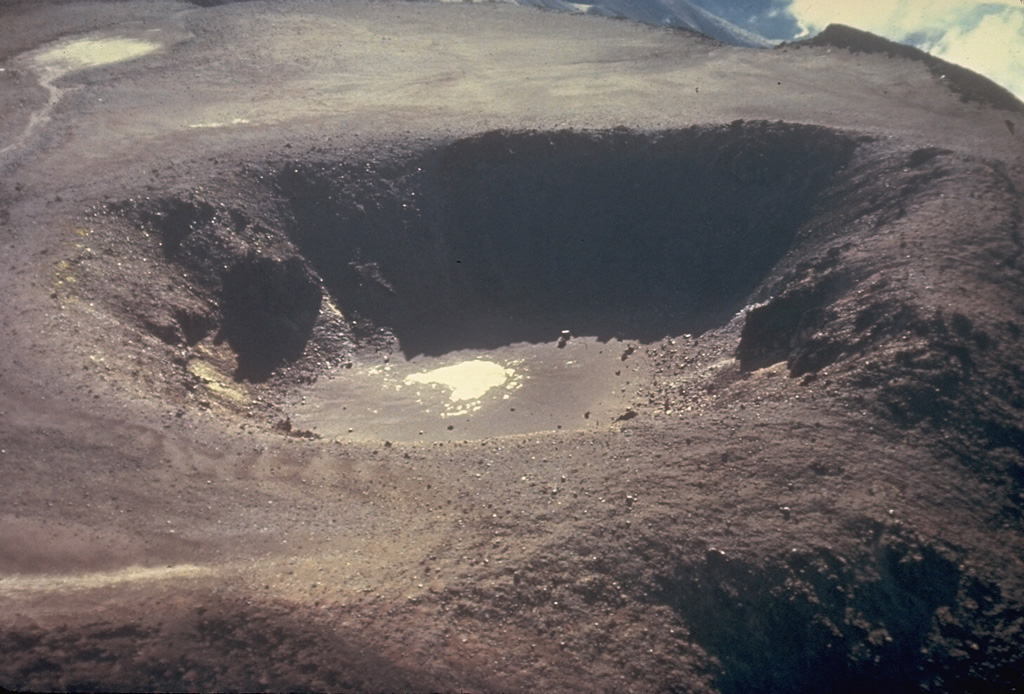 An aerial view from the south in the late 1970s shows a close-up of a 400-m-wide crater in a flat-lying former lava lake at the summit of the North Crater of the Tongariro volcanic complex.