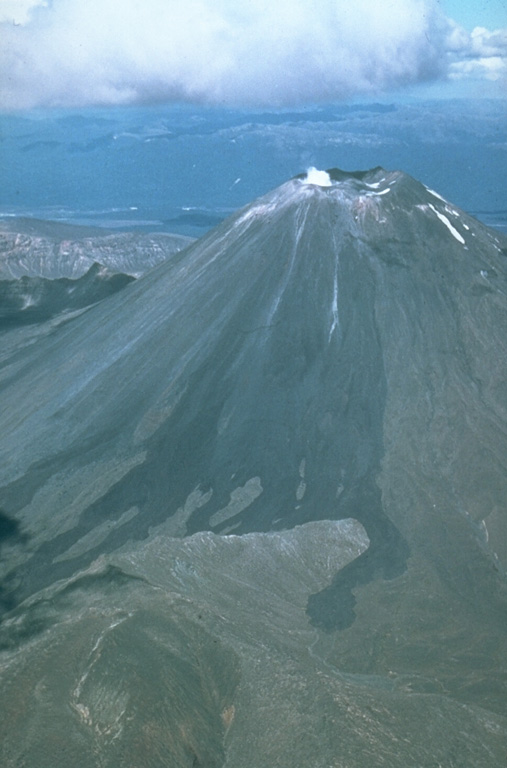 The black lava flows extending from the summit of Ngāuruhoe volcano to its flanks erupted in 1954. An eruption that began with explosive activity on 13 May 1954, was followed on 4 June by the emission of lava flows that traveled down the NW flank until 26 September. Explosive activity, which constructed a scoria cone in the summit crater, continued until March 1955; incandescent lava was present in the crater until June.