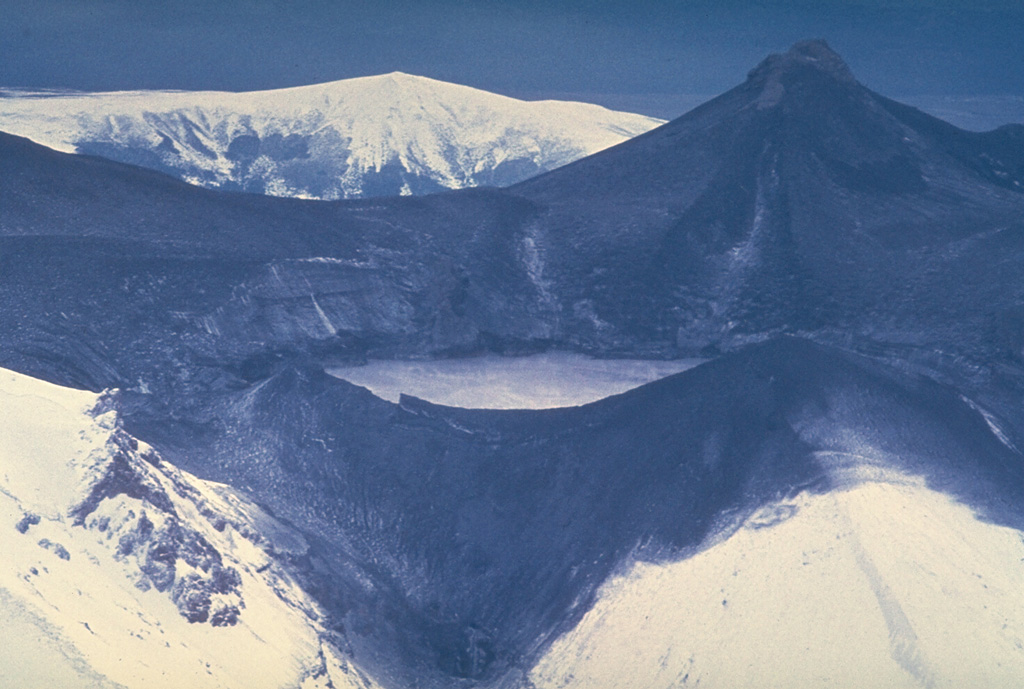 A major phreatomagmatic explosion on 22 June 1969 ejected ash and mud onto the area around Ruapehu's Crater Lake. The hot lake water along with snow melted by pyroclastic surges produced lahars that traveled down the four major valleys below the volcano. At the time, the brief eruption was the largest at Ruapehu since 1945 and lasted two and half hours. Ash-blackened Mitre Peak is at the top right, with the W rim of Crater Lake in the foreground.