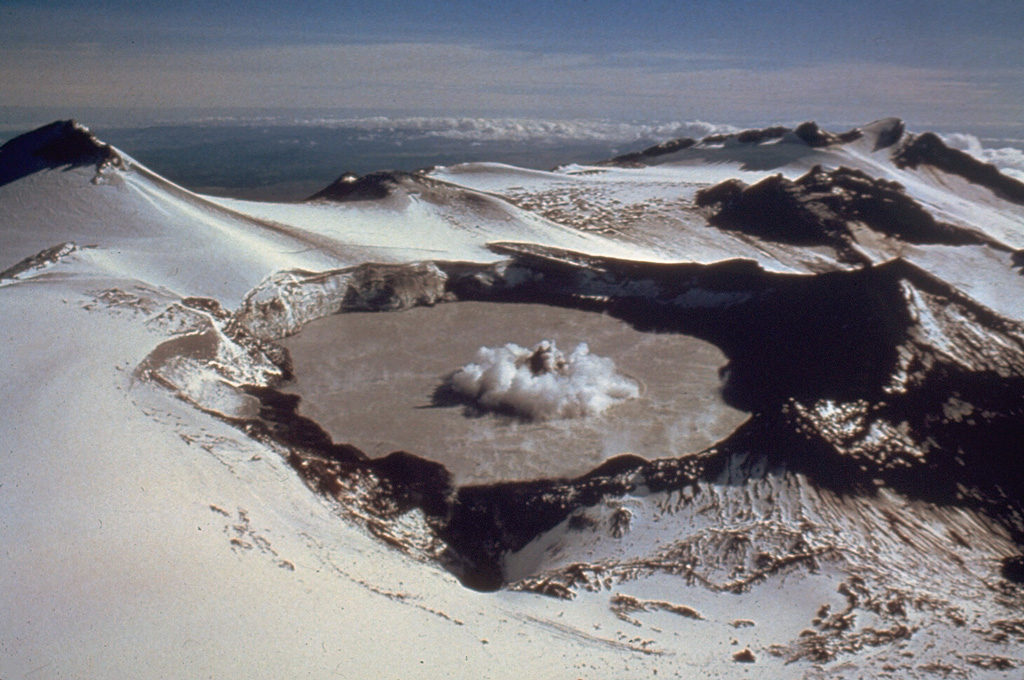 A small phreatic eruption on 29 February 1980, produces a column of ash and steam above Ruapehu's Crater Lake. A darker center plume is surrounded by a white ring produced by pyroclastic surges traveling across the lake surface. This view is from the NW, with Mitre Peak at the upper left. A series of small phreatic explosions had begun on 5 December 1979 and lasted until 15 April the following year.