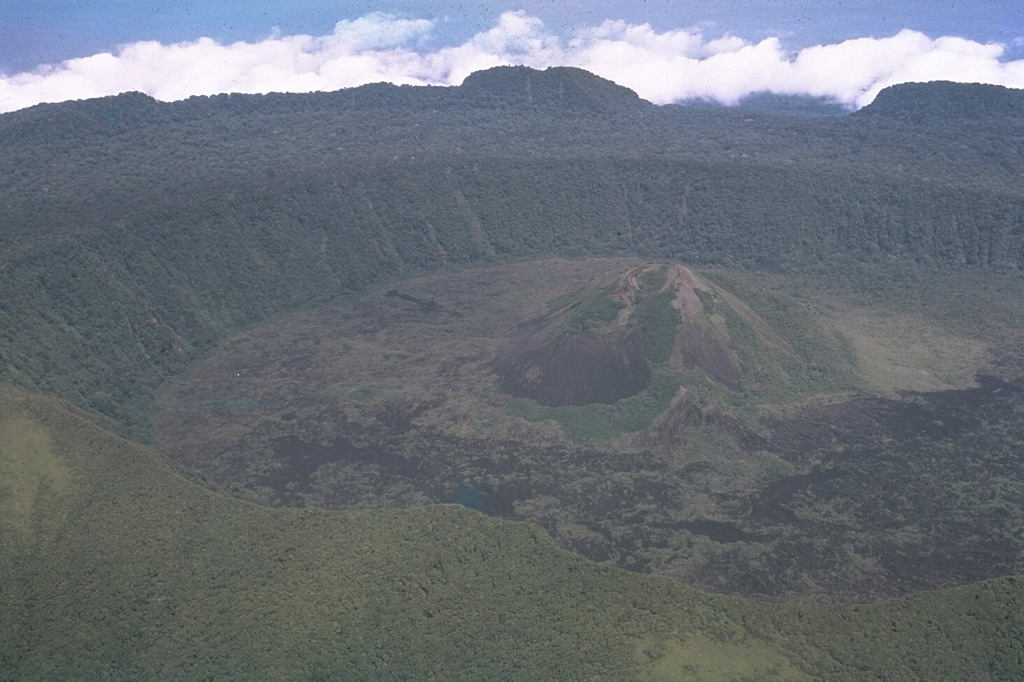 Two nested calderas are visible in this aerial view from the E of the Karkar summit, taken before the 1974 eruption. The 5.5-km-wide outer caldera formed during one or more eruptions, the last of which occurred 9,000 years ago, and the rim forms the horizon. The 3.2-km-wide inner caldera was formed sometime between 1,500 and 800 years ago and its floor is covered by young lava flows. Bagiai cone (right center) has been the source of most eruptions dating back to 1643.