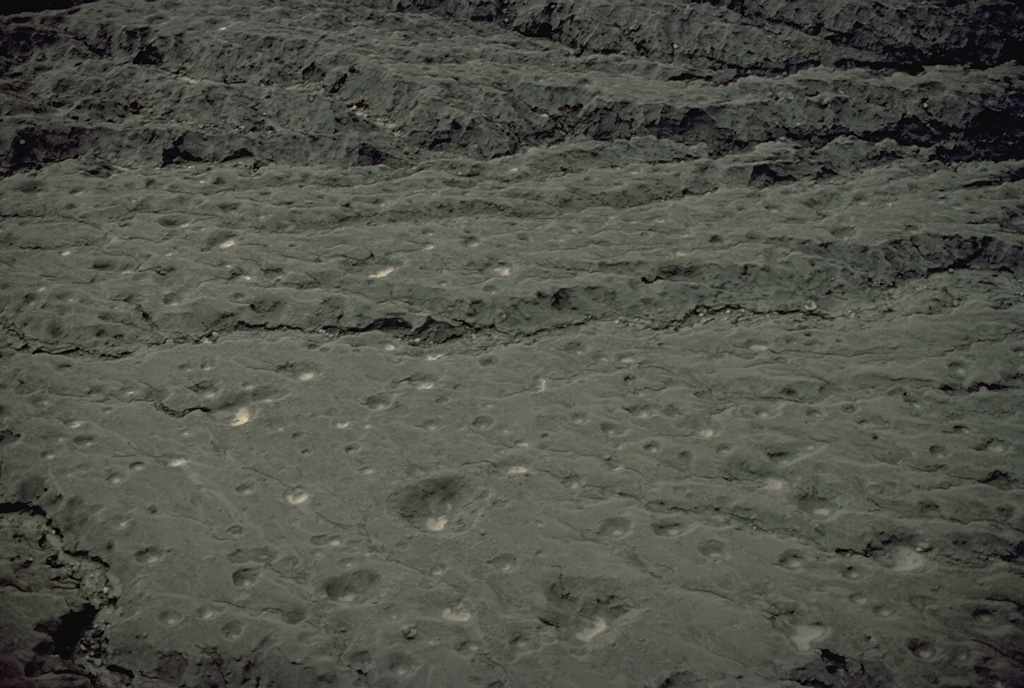 A strong directed explosion on March 8, 1979 from a vent on the floor of Karkar's inner caldera ejected large blocks that produced these impact craters on the southern rim of the caldera. The craters, photographed here in September 1979, measured up to about 7-m wide and over 2-m deep. The thin tephra deposit ranged from about 10-40 cm in thickness. The directed explosions, estimated to be at an angle of 30-60 degrees above the horizontal, destroyed a formerly dense rainforest over a crescent-shaped area extending up to 900 m from the caldera rim.