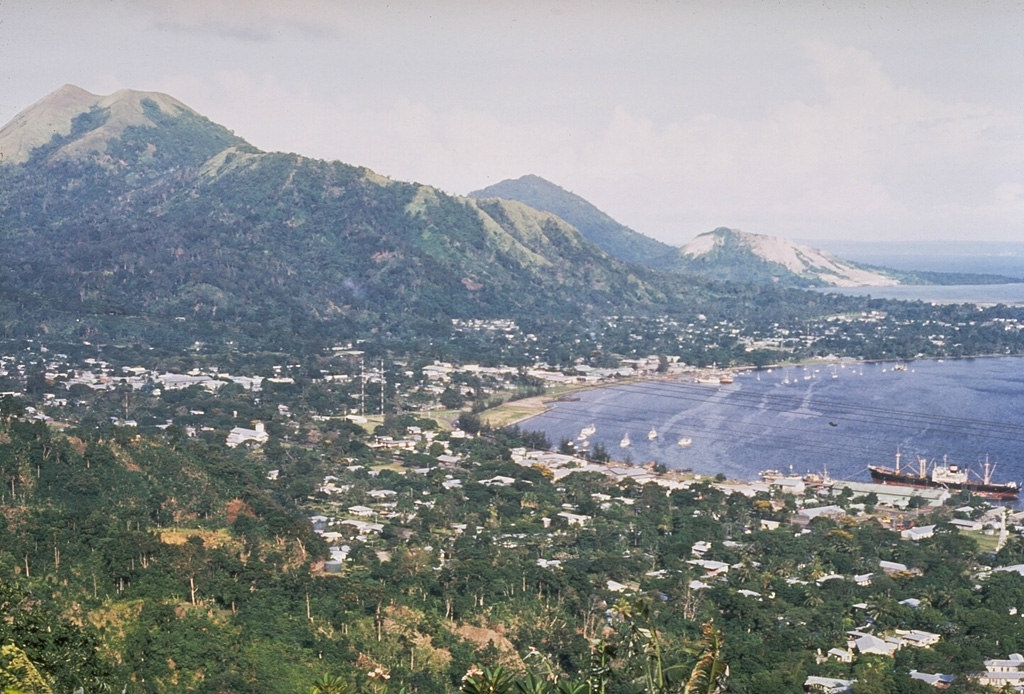 The city of Rabaul is seen here in 1969. The low-lying Rabaul caldera forms a sheltered harbor once utilized by New Britain's largest city. A powerful explosive eruption in 1994 forced its evacuation. The 8 x 14 km caldera opens on the W, where its floor is flooded by Blanche Bay. Two major Holocene caldera-forming eruptions took place as recently as 3,500 and 1,400 years ago. Several post-caldera cones, including Tavurvur to the far right, have recorded eruptions.