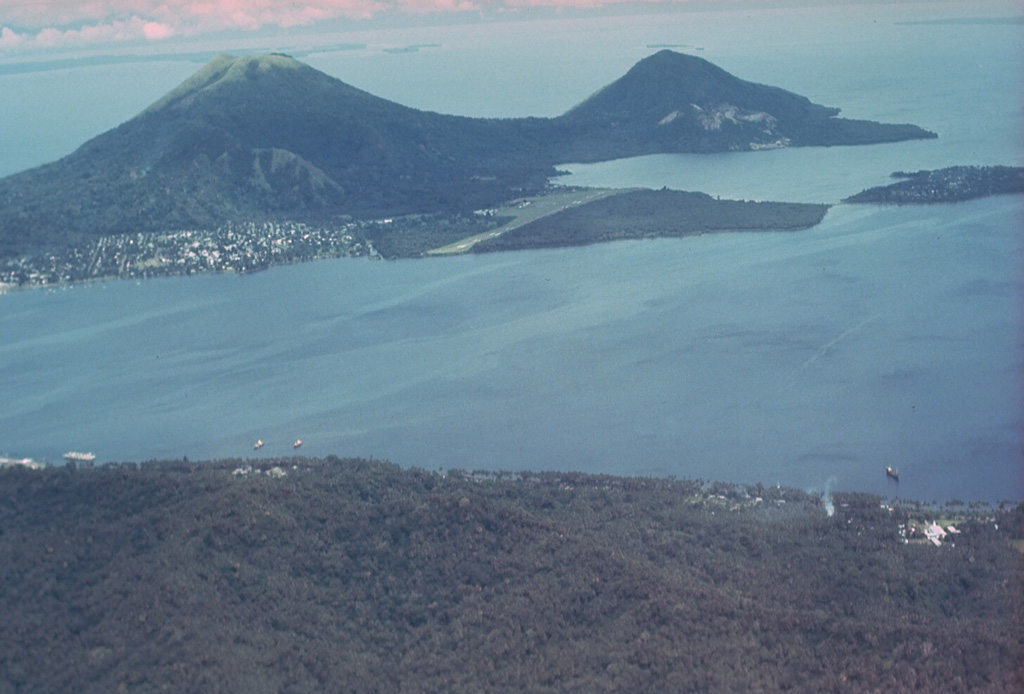 Rabaul caldera and Blanche Bay are seen here from the west. Two pre-caldera cones lie across the bay, Mount Kombiu (known as The Mother) on the left and Mount Turangunan (known as the South Daughter) on the right. Rabaul city lies below Kombiu, and the post-caldera Tavurvur is the partly unvegetated volcano below and to the right of Turangunan. Flat-lying Matupit Island (upper right) has undergone significant uplift during recent periods of caldera unrest.