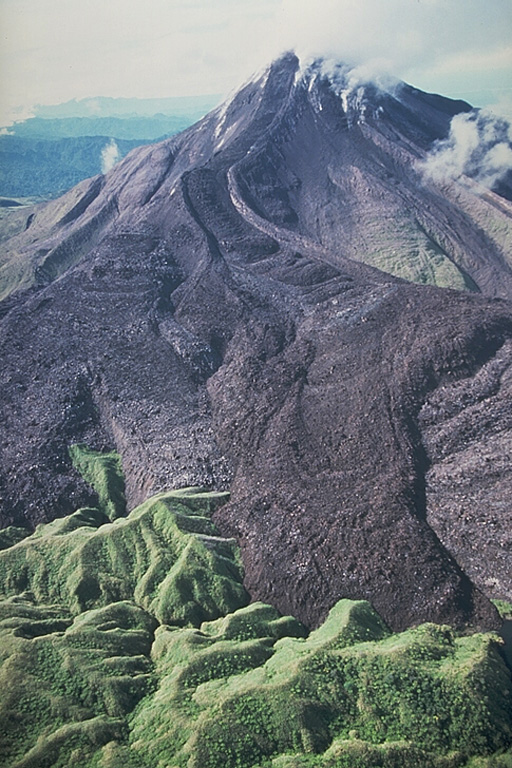 Bagana volcano, on Papua New Guinea's Bougainville Island, is characterized by the extrusion of thick, viscous andesitic lava flows. This photo shows a large lava flow with prominent lateral levees descending from the summit and ponding against forested hills at the base of the volcano. Bagana is constructed almost entirely of overlapping lava-flow lobes. Slow lava extrusion, occasionally accompanied by explosive activity, has been common since the mid-1800s.