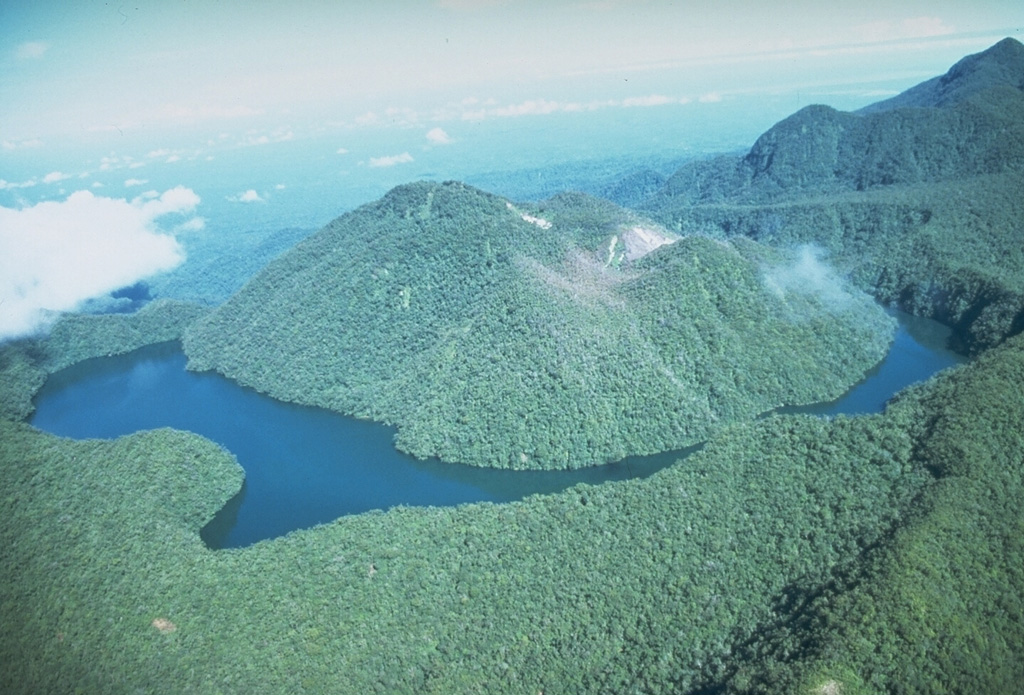 The summit of Loloru on SE Bougainville Island has two nested calderas and forested lava dome within the younger one. Loloru is constructed within the 10 x 15 km Pleistocene Laluai caldera; part of the rim of this outer caldera is seen at the lower right. Pyroclastic flow deposits from the volcano cover much of the southern part of the island. The most recent of several major Holocene explosive eruptions took place about 3,000 years ago. 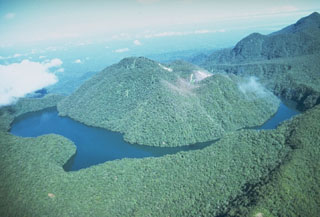