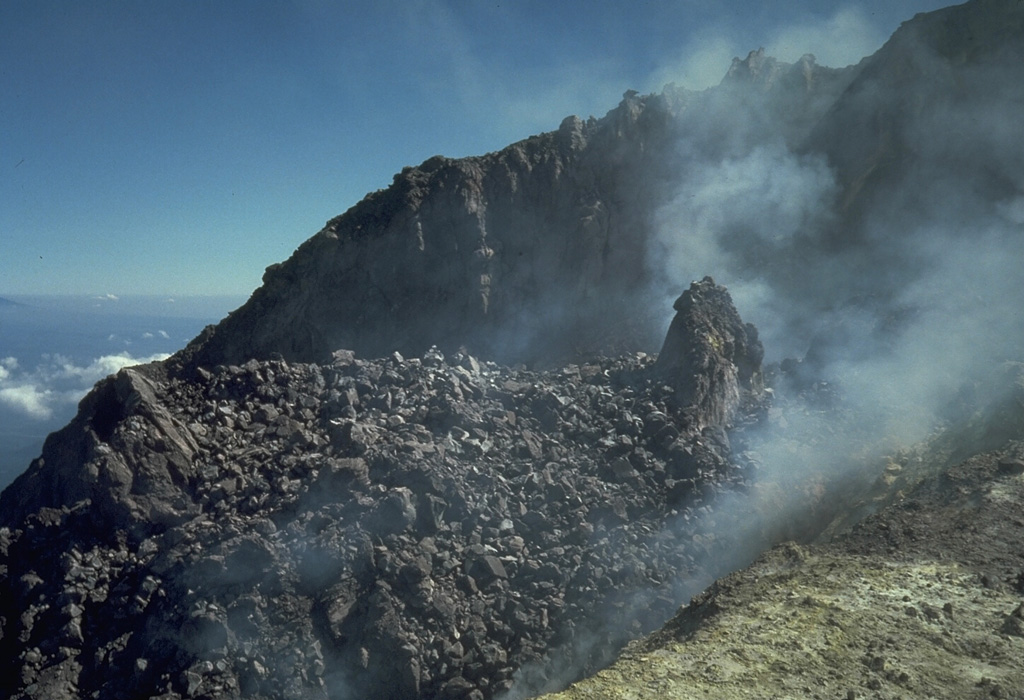 A lava dome that was produced during 1972-1985 lies within the summit crater of Merapi volcano in central Java. A small spine appears on the right in this 4 July 1986 photo, which was taken during a period of inactivity prior to destruction of the dome on 10 October 1986. Historical eruptions have been characterized by repeated growth and collapse of the summit lava domes, periodically producing pyroclastic flows that have impacted communities on the western and southern flanks.