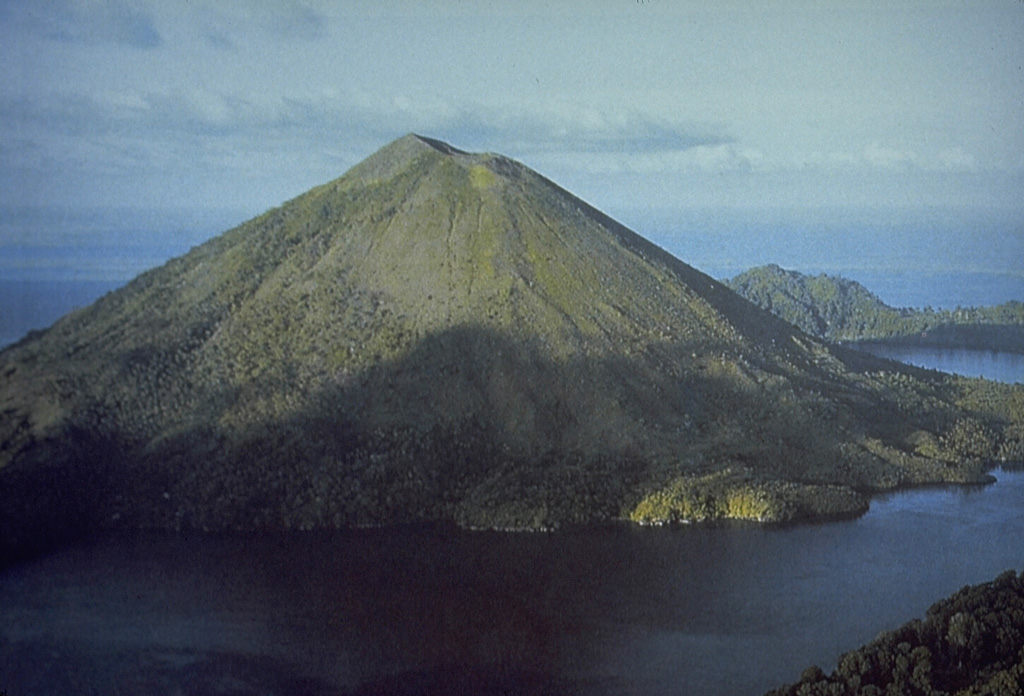 Banda Api volcano is seen here from the SW prior to a major eruption in 1988. The ridge in the right background is Neira Island; at the bottom right is the western tip of Lonthur Island. Both islands are remnants of calderas inside which the conical Gunung Api stratovolcano was constructed. One of many peaks named Gunung Api ("Fire Mountain") in Indonesia, Banda Api is the most active volcano of the Banda arc.