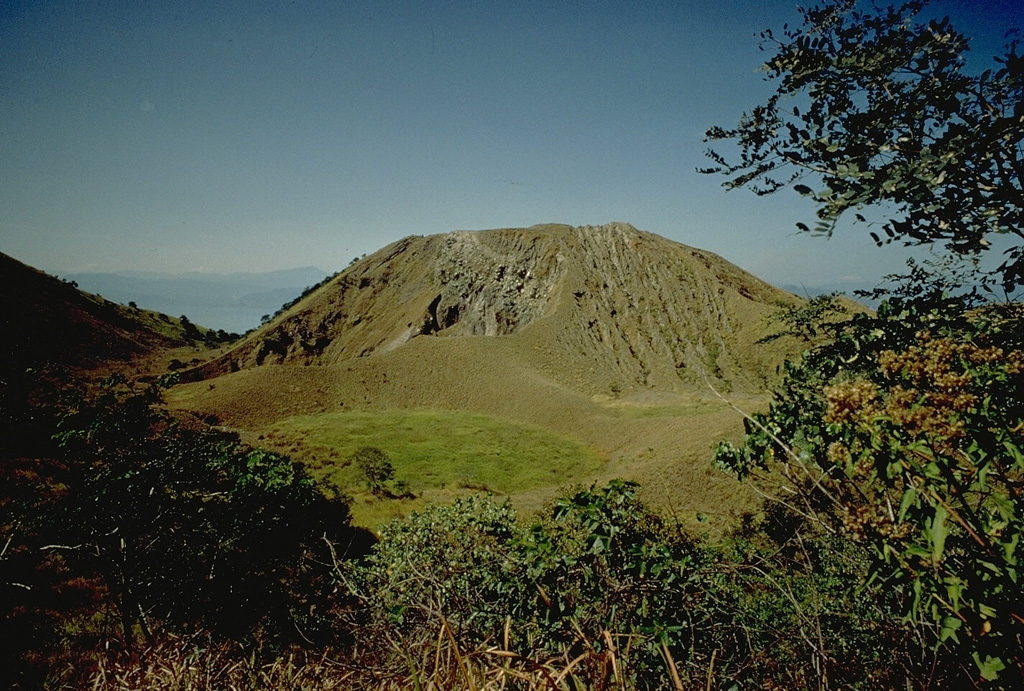 The 8-km-wide island of Paluweh, north of central Flores Island, contains multiple summit craters and lava domes, one of which is seen in this 1971 photo. A chain of flank vents forms a NW-SE line on the NW flank. No eruptions of Paluweh were recorded between its first historical eruption in the 17th century and a major eruption in 1928. Occasional eruptions since then have produced explosive activity, sometimes accompanied by lava dome growth.