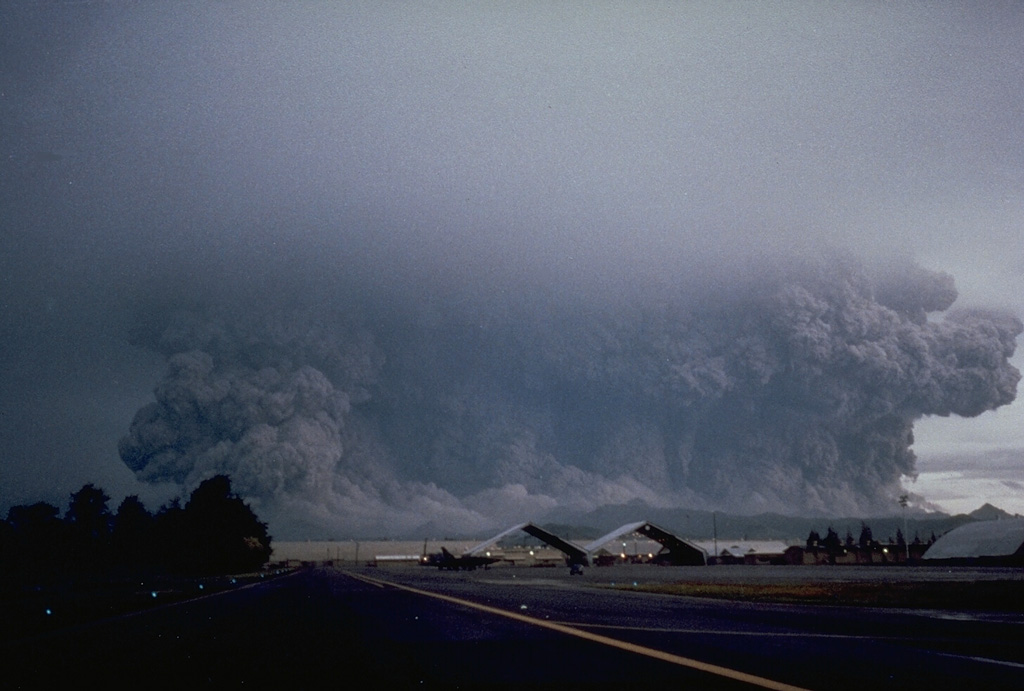 A powerful eruption of Pinatubo that began at 0555 on 15 June 1991 viewed from Clark Air Base ENE of the volcano. The broad ash column, which appears to be as wide as the volcano, is a result of pyroclastic flows that are sweeping radially down the volcano's flanks. Eruptions producing pyroclastic flows began on 12 June and continued intermittently until the climactic eruption that began at 1342 on the 15th and resulted in caldera collapse during sustained eruptions that lasted more than 6 hours.