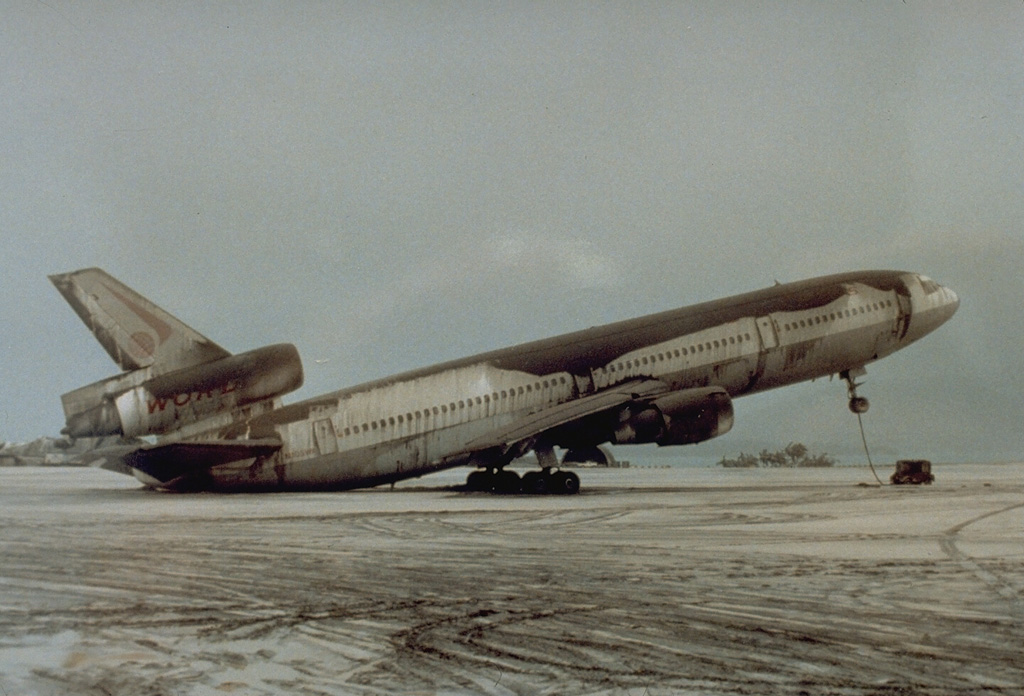 Volcanic ash is composed of heavy pulverized rock. Ashfall from the 15 June 1991 eruption of Pinatubo in the Philippines accumulated on this this World Airways DC-10, shifting the center of gravity and causing the nose to tip up. About 4 km3 of ash was erupted on 15 June. It accumulated to depths of 10-15 cm at this airfield at the Cubi Point Naval Air Station, 40 km SSW of Pinatubo.