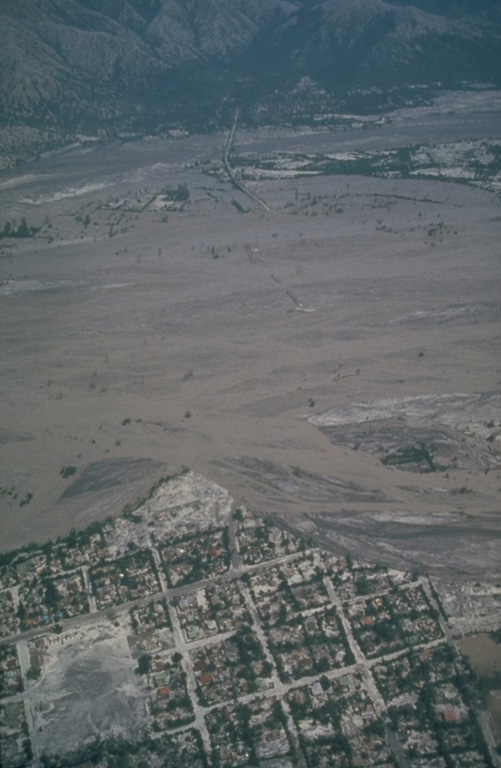 Lahars from Pinatubo fill the broad Santo Tomás River valley SW of the volcano. Erosion along the south bank of the river has cut into the town of San Rafael. This photo was taken a month after the end of the 1991 eruption. Lahars produced by the redistribution of thick deposits of ashfall and pyroclastic flows caused extensive long-term economic devastation which continued for years after the eruption ended.