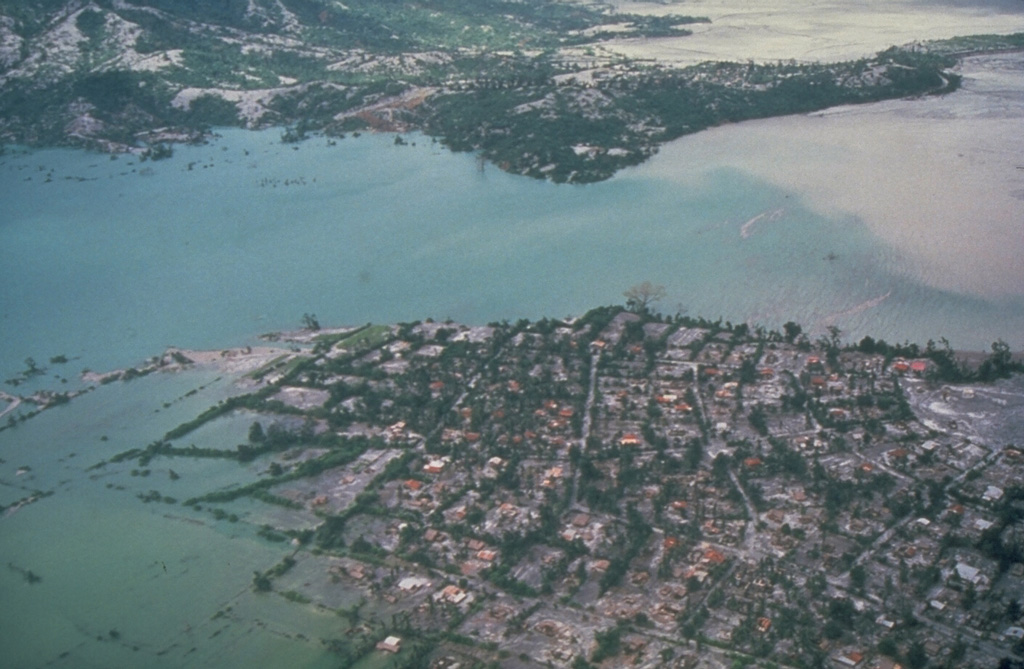 Floodwaters back up over the villages of Aglao and Dalanawan on the SW flank of Pinatubo volcano in the Philippines. Lake Mapanuepe was formed when lahars from the 1991 eruption traveled down the Marella River and dammed its tributary; several villages were submerged by the rising water. The lake was stabilized in late 1992 at about this level after excavation of a trench through bedrock, seen in the background. This prevented catastrophic rapid draining of the lake.