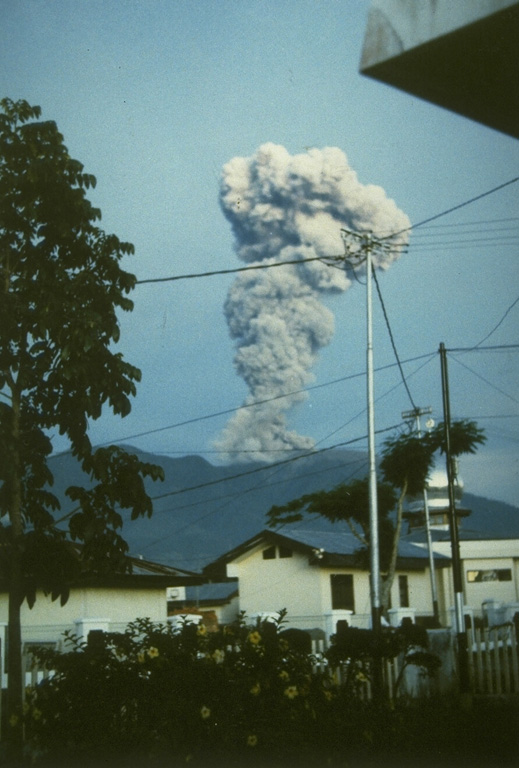 An ash-rich eruption column rises above a town at the western foot of Sumatra's Marapi volcano on 10 May 1992. The activity was part of an ongoing eruption that began in January 1987 from Verbeek crater. The explosions frequently produced light ashfall in surrounding areas, but did not cause damage. The eruption included growth of a lava dome in the summit crater.