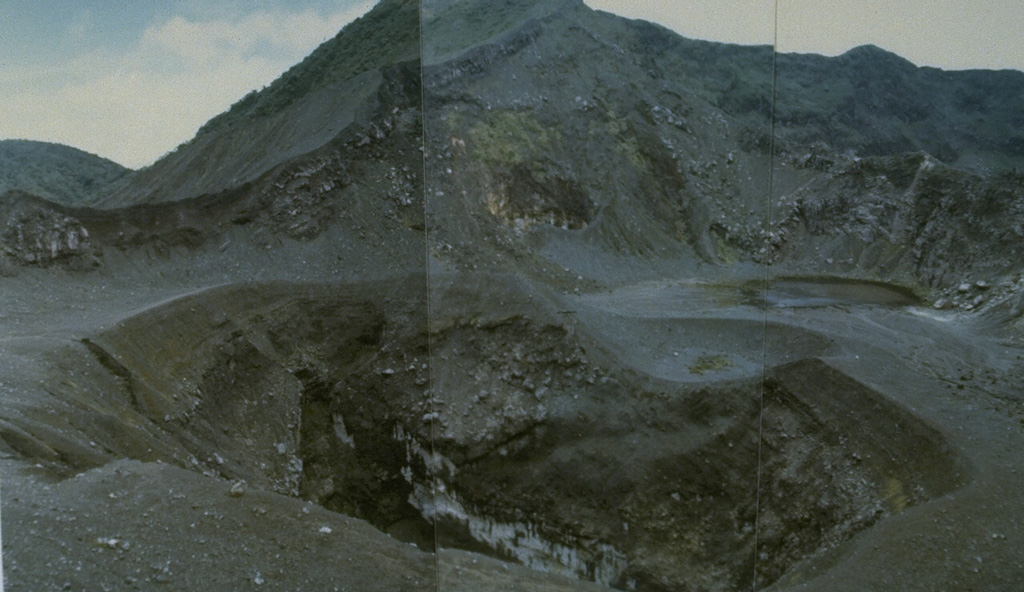 Kaba is a low, elongated volcano with a summit containing three historically active craters that decrease in size towards the ENE. The central crater seen in this photo has been the source of most historical eruptions, along with two other craters that have also been active. Small lakes have formed in all craters at various times.