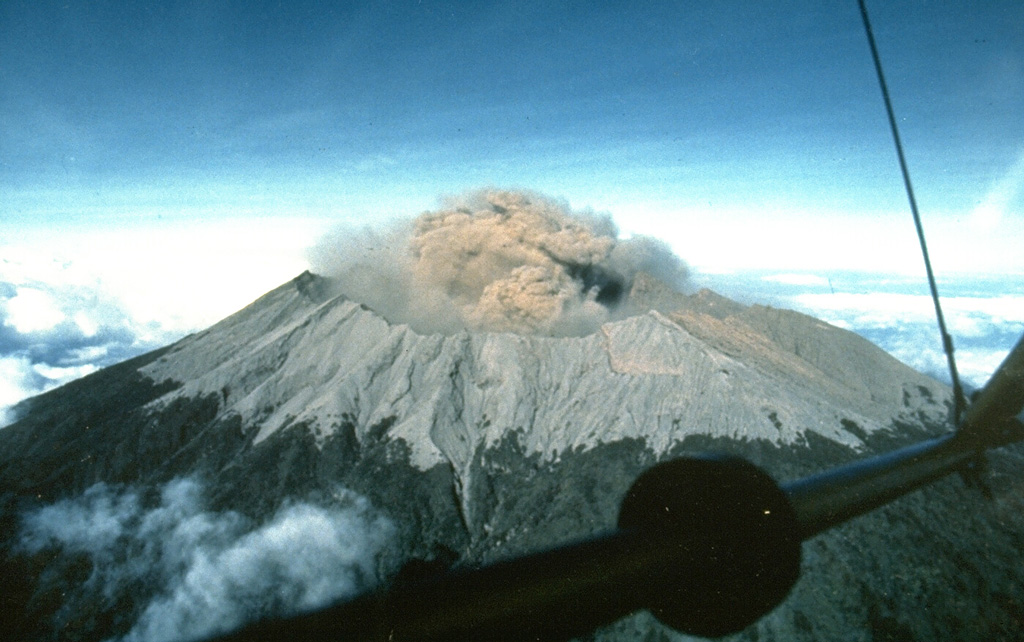 Raung volcano, near the eastern tip of Java, contains a 2-km-wide summit caldera. One of Java's most active volcanoes, Raung produces frequent moderate explosive eruptions, like this one in 1988 from a cone within the caldera, that keep the upper flanks of the volcano sparsely vegetated. Raung forms part of a NW-SE-trending chain of volcanoes constructed near the SW rim of Ijen caldera.