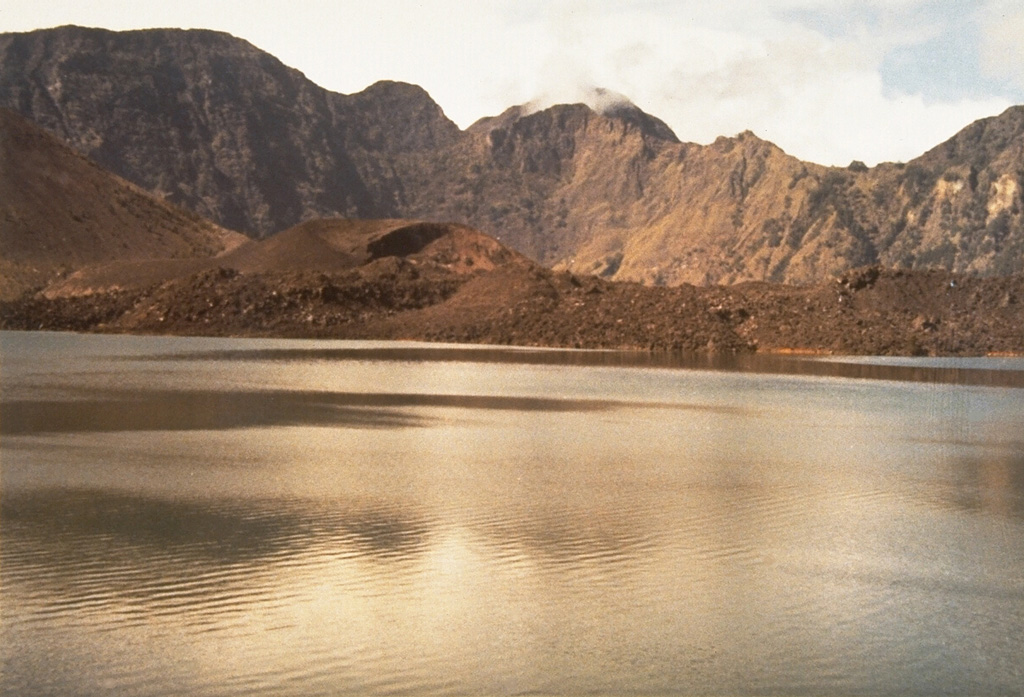 The Rombongan lava dome at the left-center of the photo formed during an eruption in 1944. It was the source of the lava flow that extends to the right (NW) into the Segara Anak caldera lake. Rumblings, ash plumes, and nighttime incandescence began on 25 December 1944. Heavy ashfall took place for 7 days, destroying crops and houses. The Rombongan lava dome was emplaced on the NW flank of Gunung Barujari, whose W flank is visible at the left side of the photo.