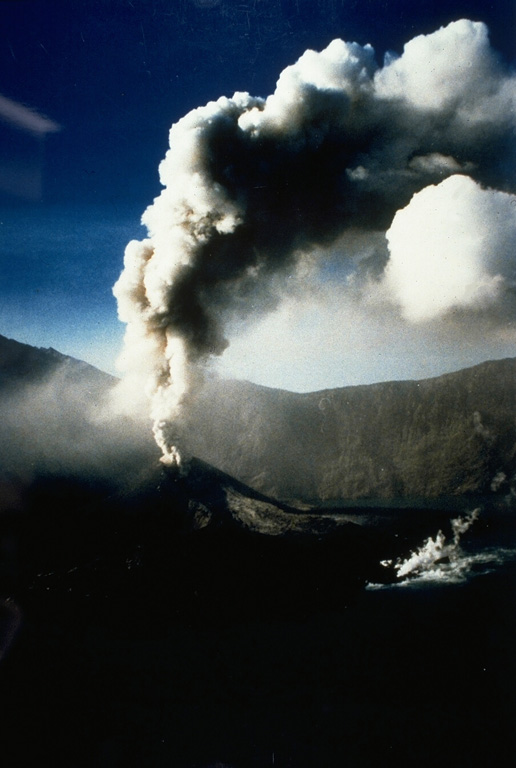 An ash plume rises on 30 June 1994 above Barujari, a cone on the floor of Rinjani's Segara Anak caldera. A small plume is visible to the lower right from a lava flow that began erupting during the earlier stages of the eruption.