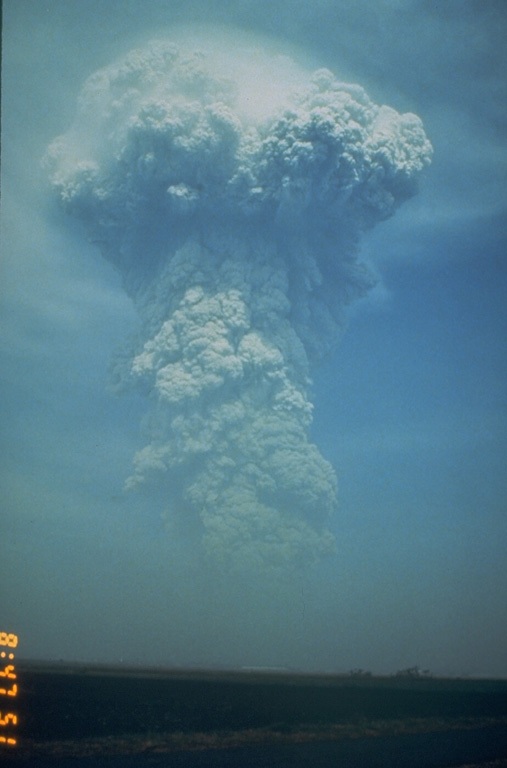 A large ash plume rises above the NW flank of Pinatubo at 0841 on 13 June 1991. Weather radar indicated that the plume reached an altitude of at least 24 km. Pyroclastic flows from this eruption extended 4-5 km down the Maraunot drainage on the NW flank. At the end of this eruption the NW-flank lava dome that had begun growing on 7 June was still intact.