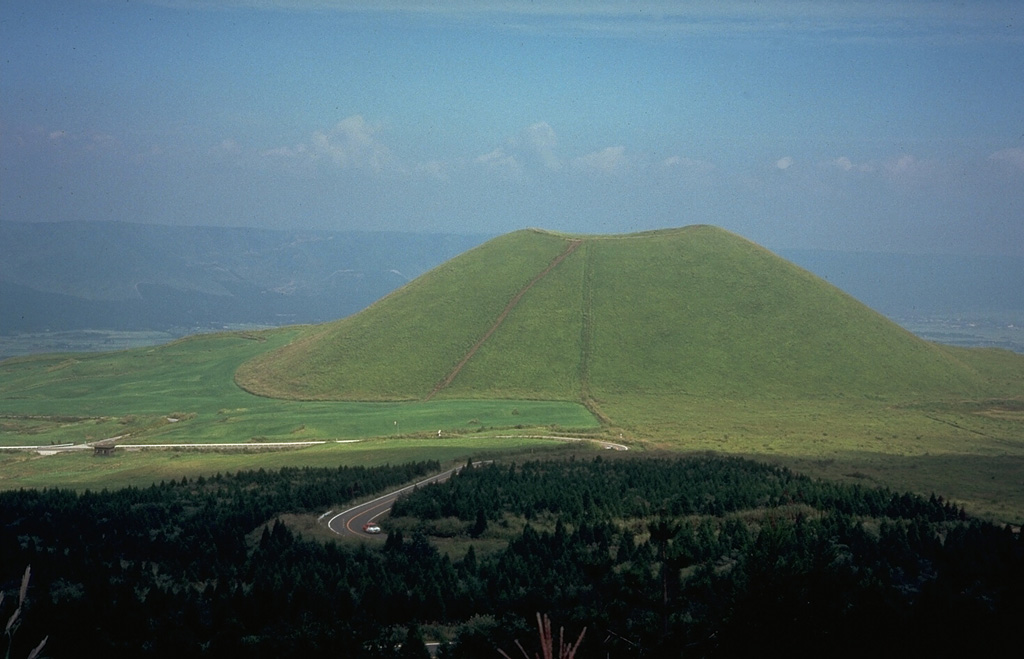 Kometsuka scoria cone, on the NW side of the central cone complex of Aso volcano on the island of Kyushu, was constructed about 1,800 years ago. The cone formed during explosive eruptions that were accompanied by lava flows. The Aso caldera walls are visible in the distance.