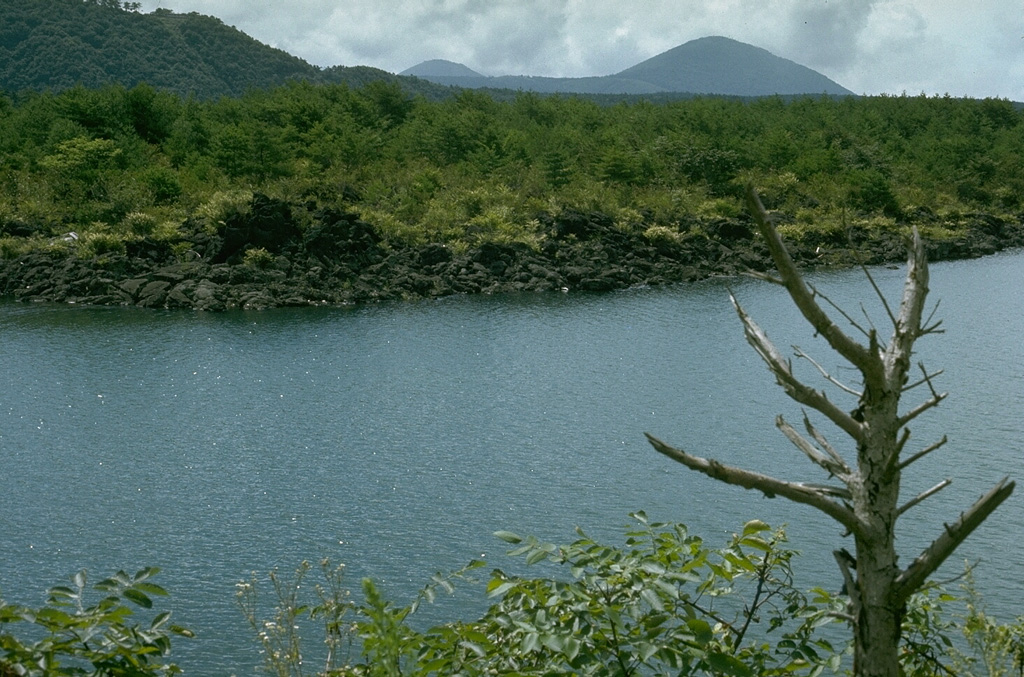 This lava flow on the shore of Saiko lake and the flat plain beyond it are part of a single massive lava flow erupted from Nagaoyama on the NW flank of Mount Fuji in 864 CE. The 32 km2 lava flow was responsible for the present morphology of Saiko lake, which formed when the lava flow split a former larger lake in two. The scoria cone on the horizon is Omuroyama, the largest flank cone of Mount Fuji. It was formed during an eruption about 2,900 years ago. 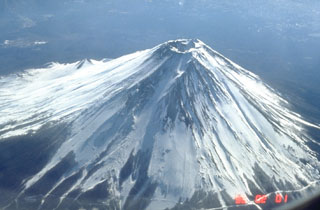