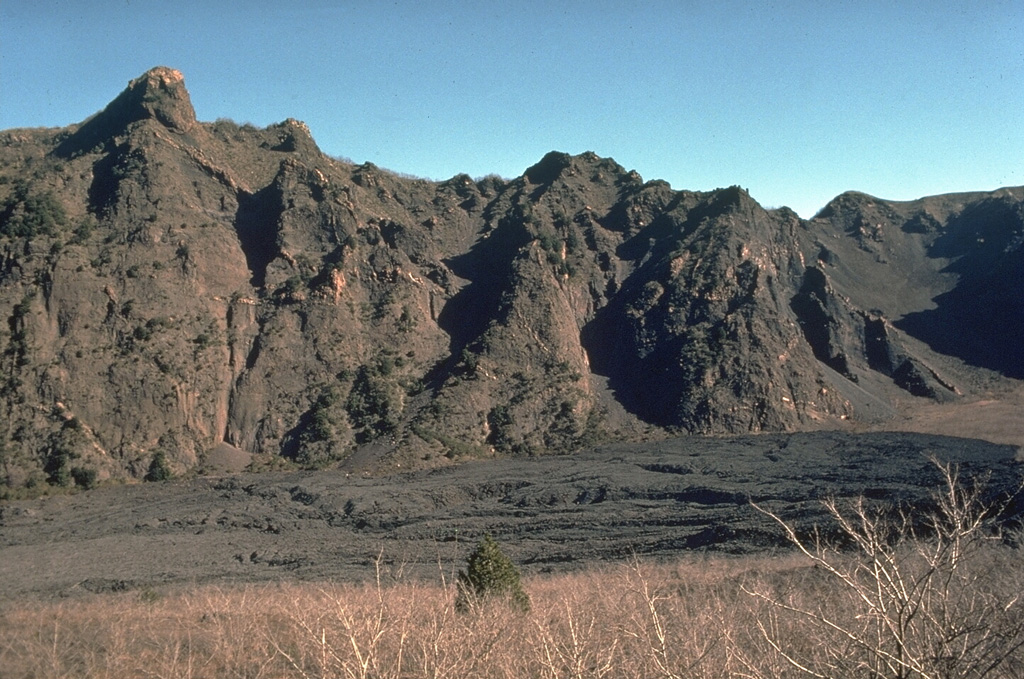 The dark-colored lava flow filling the caldera moat between the cone of Vesuvius and the caldera wall of Monte Somma in the background was produced during an eruption in 1944, near the end of the eruptive cycle that began in 1913.