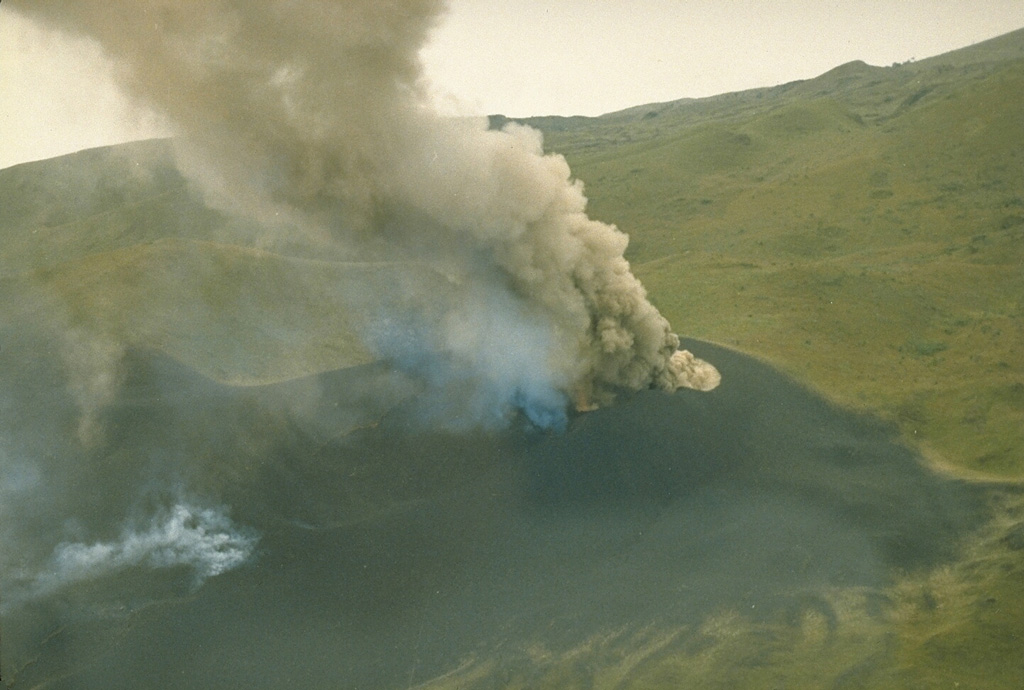 An eruption plume rises above a new scoria cone that formed on the SW flank of Mount Cameroon on 16 October 1982. The eruption occurred from a NNE-SSW-trending radial fissure at the location of an older scoria cone. A lava flow traveled 12 km down the SW flank to within about 6 km of the Atlantic coast. Two towns were evacuated, and tephra caused damage to plantations. The eruption ended on 12 November.