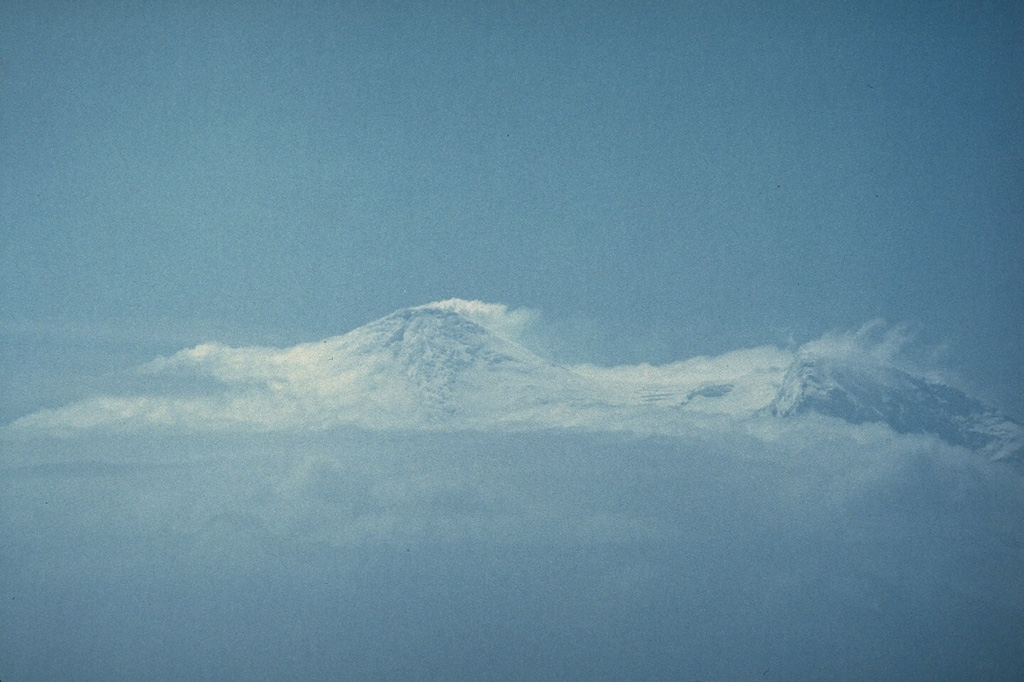 A plume, seen here from a ship to the SW, drifts from the summit of Heard volcano on 14 January 1985. Incandescence and a lava flow were observed that night from the ship 25 km offshore and an eruption plume was visible for two days. Eruptive activity may have continued into 1987. An active lava lake in a new crater was observed during a December 1986-January 1987 summit expedition. A lava flow, probably dating back to January 1985, was seen descending 8-9 km from the summit.