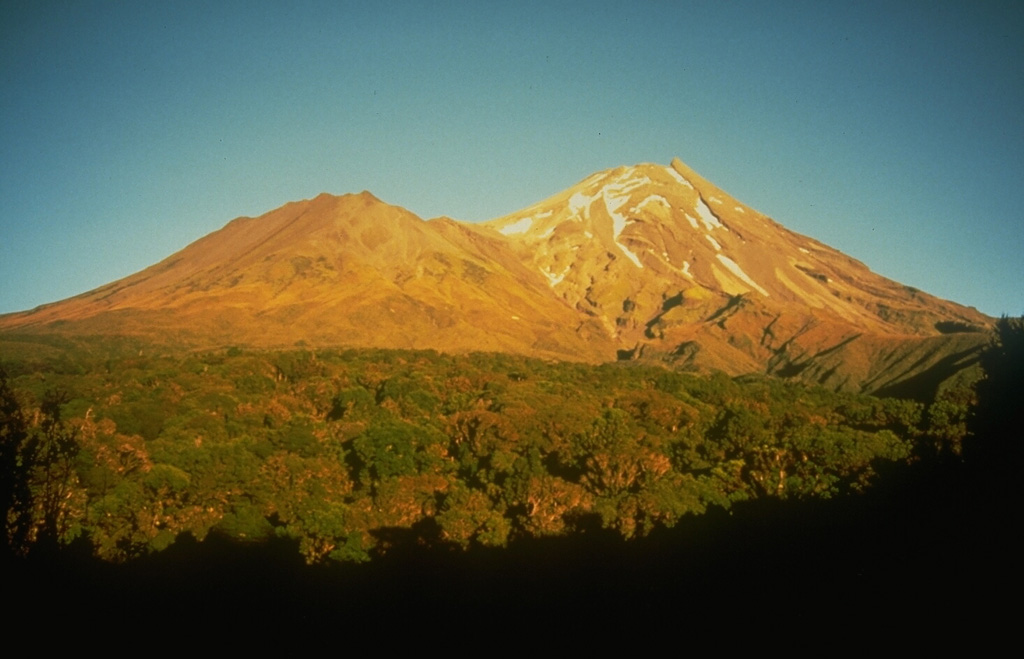 Taranaki, seen here from the SW, rises above the Taranaki ring plain, with Fanthams Peak on the left. It is the youngest and SE-most of a group of volcanoes beginning with the Kaitoke Range, near the W coast of North Island. Its most recent activity, during the 15th to 19th centuries, included the eruption of ash plumes, pyroclastic flows that traveled to the NW, and emplacement of the summit lava dome. 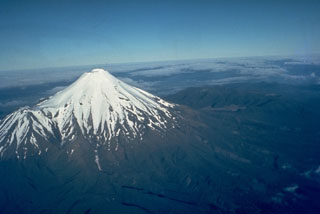