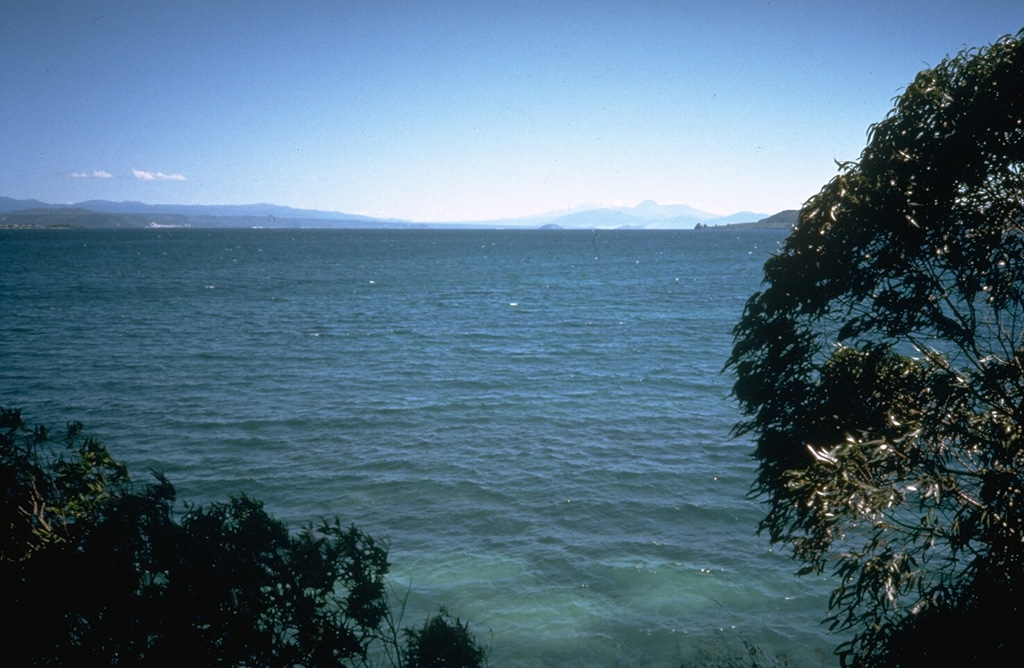 Lake Taupo fills a roughly 35-km-wide caldera that is the site of the most prolific rhyolitic volcano of the Taupo volcanic zone. The caldera was formed during two major explosive eruptions, the Oruanui eruption, roughly 22,600 years ago, and the Taupo eruption, about 1,800 years ago. The latter was one of the world's largest Holocene eruptions. Additional Plinian eruptions during the Holocene have produced widespread airfall pumice deposits.