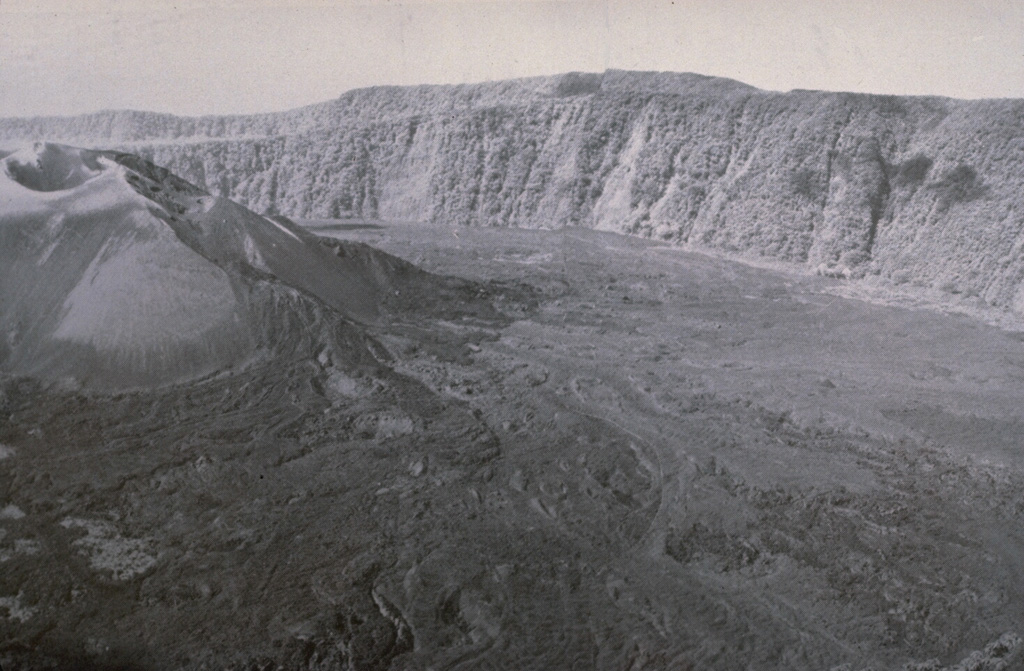 A dominantly effusive eruption with Strombolian activity took place from the Bagiai cone (upper left) in the central caldera during February to August 1974. Lava flows were produced throughout the eruption, except for a 25-day period in July, and covered much of the inner caldera floor. This view from the S caldera rim on 13 September 1974 shows lava flows that were erupted during a period of increased lava effusion on 22 July to 8 August, from a new vent on the SE side of Bagiai.