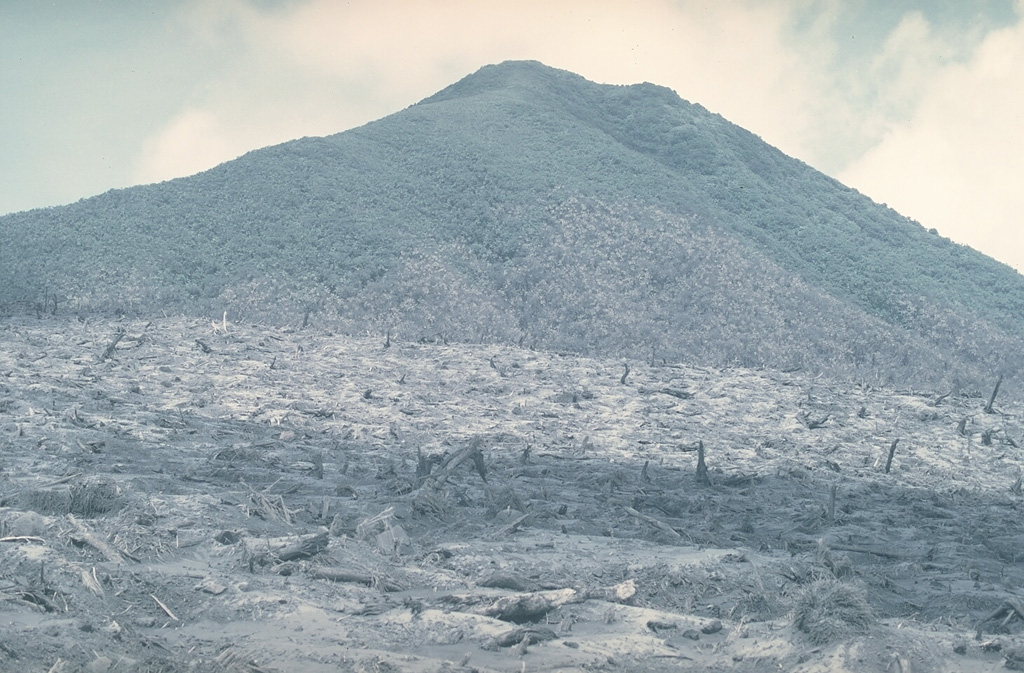 This September 1979 view looks S towards Kanagioi peak across the devastated zone of the 8 March 1979 explosion. Trees in the foreground, on the southern rim of the caldera, were blown down and removed by a lateral explosion from a new vent on the caldera floor 300 m below. An area of standing singed trees extends up the slopes of Kanagioi. A crescent-shaped area extending up to 900 m from the caldera was devastated by the explosion, which killed volcanologists Robin Cooke and Elias Ravian who were monitoring the eruption.