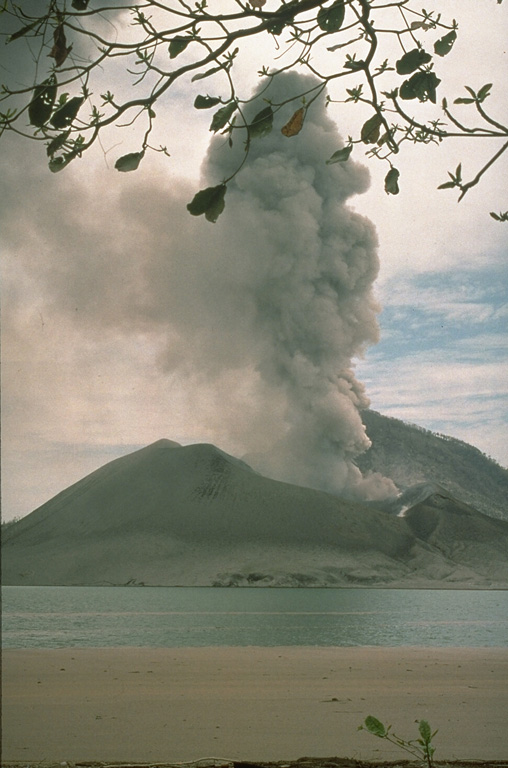 An ash plume rises above Tavurvur volcano on 3 October 1994, two weeks after the onset of a major eruption of Rabaul caldera. Tavurvur, one of two volcanoes that were active on opposite sides of the caldera, is seen here from the west at Kaputin Point on Matupit Island. The brown area in the foreground is a raft of floating pumice from the 19 September-2 October eruption of Vulcan volcano on the W side of the caldera.