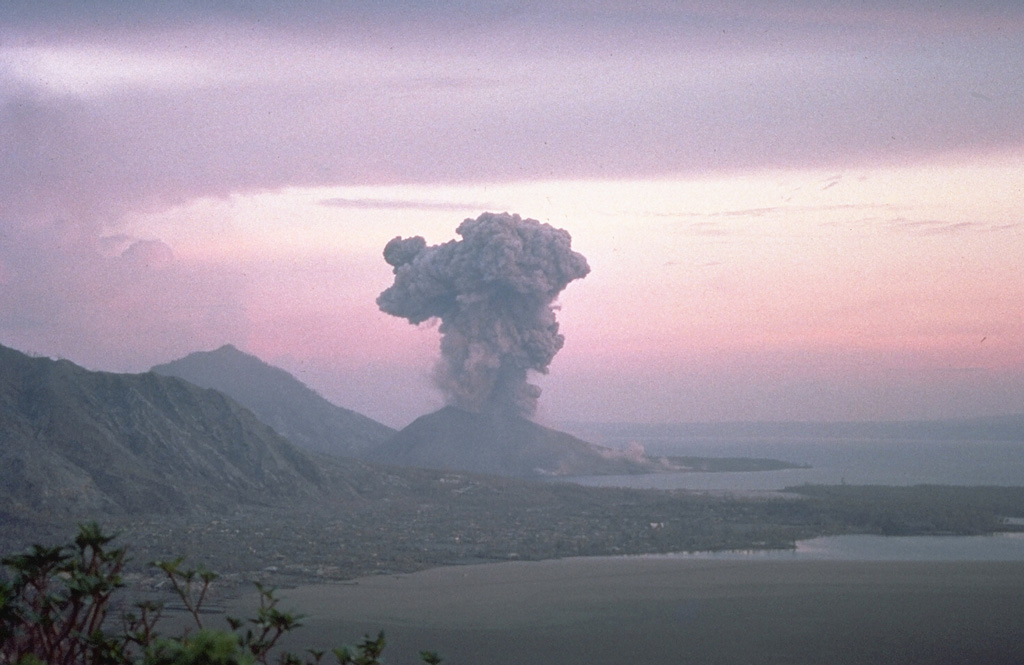 Eruptions from Tavurvur and Vulcan began within about an hour of each other on 19 September 1994. Powerful explosions from Vulcan produced ash plumes estimated to be as high as 21-30 km, pyroclastic flows that extended about 3 km, and the large rafts of floating pumice seen in the foreground of this photo. About 53,000 people were evacuated from Rabaul and surrounding areas, and there were few fatalities. Vulcan stopped erupting on 2 October, but Tavurvur, seen here from the NW in October, continued erupting into 1995.